The 2018 edition of the Milo U13 Champions League has been launched in Accra by Nestle Ghana in partnership with the Ghana Education Service and the Ghana Football Association.

The event, which took place at the Nestle Head Office in Accra, had the attendance of the Managing Director of Nestle Ghana, Mrs. Freda Duplan, Emmanuel Dasobere of the Ghana Football Association and the Deputy Director of the GES, Anthony Boateng.

The competition will see 48 schools playing against each other in four zones across the country out of which ten will make it to the national finals in Kumasi in June this year.

The various zones will play their qualifying tournaments between May and mid-way through June.

Mrs. Duplan said that the tournament was part of Nestle’s grand plan of getting 50 million children to live healthy and she encouraged parents and guardians to let their children take part in the tournament by playing for their schools.

Emmanuel Dasobere lauded Nestle Ghana for the initiative and asked that more corporate bodies would get involved in helping with grassroots football in order to produce more talents for the country. 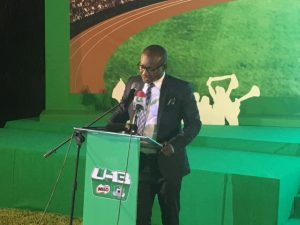 The tournament’s icon, former Black Stars skipper Stephen Appiah, stated via a video presentation that he was delighted to get the chance  to share his vast knowledge with the young players who will take part in the tournament.

He, together with some coaches, will organise football clinics for the players to build their skills and to teach them the principles of team work.

There will be prizes for the Top Scorer, Best Player and Best Goalkeeper at the national finals in Kumasi. 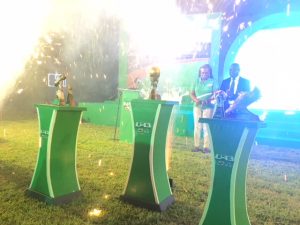 Which schools have made it to the qualifiers?