There were jubilant scenes among Senegal fans on Tuesday after their side secured a 2-1 victory over Poland in their World Cup opener, in the process becoming the first African team to win at this year’s tournament in Russia.

But while supporters could have been forgiven for celebrating in the stands with reckless abandon, videos have instead been going viral showing fans methodically cleaning up after themselves in the emptying stadium.

One clip shared by the Argentinian TV channel TyC Sports showed fans scouring the stands for rubbish and assembling it in a single pile. It has been viewed more than four million times. 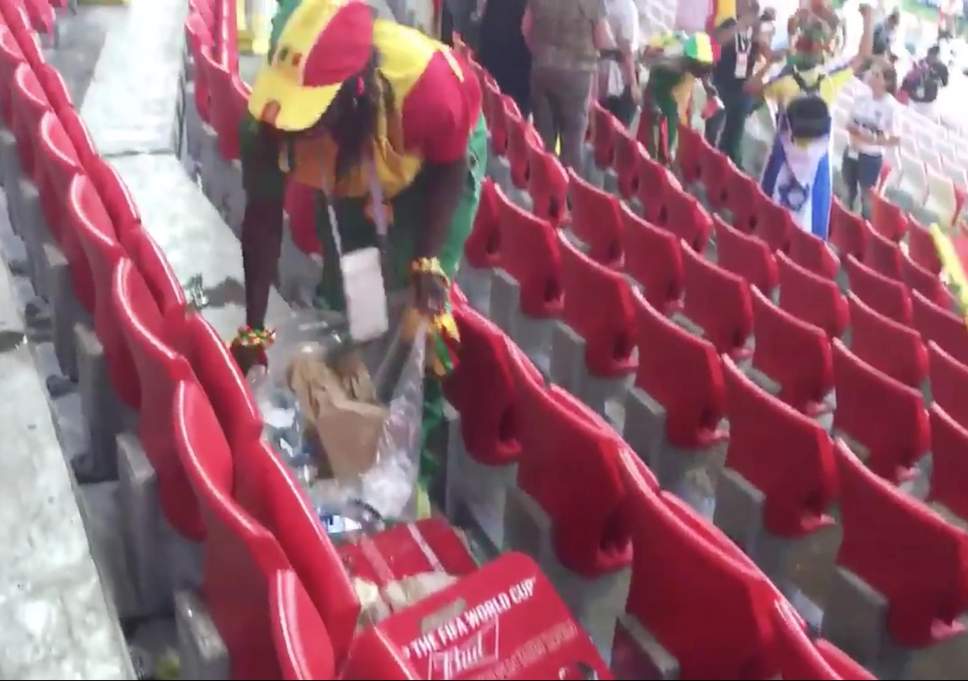 “Senegal pulled off a historic victory,” the channel said. “But instead of partying in the minutes after the end of the game, they tasked themselves with cleaning up their section before leaving. #Respect.”

By beating Poland, albeit in somewhat controversial circumstances, Senegal saved not just their country’s but their continent’s blushes.

The 2-1 victory was the first and only African win in the first round of matches, after Egypt, Morocco, Nigeria and Tunisia all lost their opening games. A few hours after Senegal’s win, Egypt then also lost its second match, 3-1 against Russia.

It gives Senegal a great chance of progressing from Group H as underdogs, with Japan also winning against group favourites Colombia. Things are not looking so good for the other African nations at the tournament.

“We know Africa supports us,” goalscorer Mbaye Niang said. “If we can make all the other African nations proud, that is twice as glorious. We’re thinking of our journey, trying to write our own story but if we can inspire the others, that’s a greater honour for us.”

Senegal’s fans were not the only ones winning praise on social media for their sense of social responsibility. 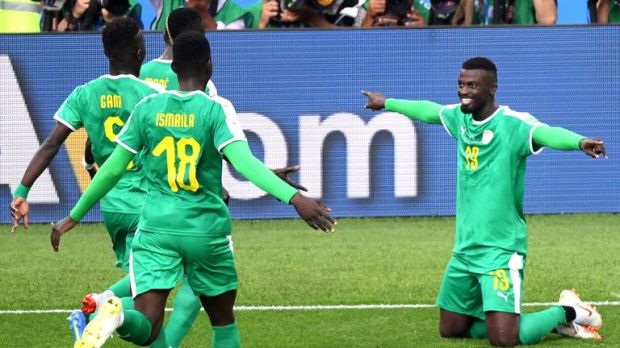 Images from the aftermath of the Japan-Colombia match showed Japanese fans, some armed with plastic bin bags they had brought along with them, similarly clearing their portion of the stadium.

Japan-based football journalist Scott McIntyre told the BBC it was something that happens regularly at matches in Japan, and that it stems from habits drilled into people there from a young age.

Similar scenes were witnessed at the 2014 World Cup in Brazil, even after they were defeated 2-1 by Didier Drogba’s Ivory Coast.

“It’s not just part of the football culture but part of Japanese culture,” McIntyre said. “You often hear people say that football is a reflection of culture. An important aspect of Japanese society is making sure that everything is absolutely clean and that’s the case in all sporting events and certainly also in football.”

Andre Ayew’s next club to be known soon- Spokesperson

Andre Ayew's next club to be known soon- Spokesperson