England recorded their biggest win at a World Cup to overwhelm Panama and secure a place in the last 16 before their final Group G game with Belgium.

Harry Kane played a captain’s role once more with a hat-trick to become the tournament’s leading scorer, as England built on their opening victory against Tunisia with an impressive show of ruthlessness and quality.

John Stones opened the scoring with an early header before Kane added the second with a thunderous penalty after Jesse Lingard had been fouled.

Lingard added the third in the 36th minute with a brilliant curling effort from 25 yards and, as Panama crumbled, Stones crowned a slick set-piece routine by heading his second and Kane made it 5-0 before half-time with another penalty after he was wrestled to the ground.

Kane completed his treble with a fortunate deflection from Ruben Loftus-Cheek’s shot after the break, before Panama’s noisy supporters were able to celebrate their first goal at a World Cup through Felipe Baloy.

The margin of victory for England topped 3-0 wins over Poland and Paraguay in Mexico in 1986, and against Denmark in 2002.

England top Group G as they have fewer yellow cards than Belgium. If they draw the final game it will go down to disciplinary records to decide who finishes first – and if that is level lots will be drawn. 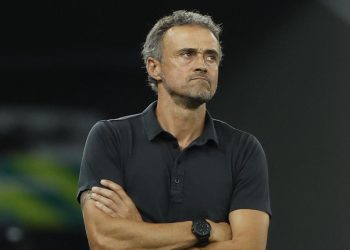