Well, Mohammed Salah might not have been fresh to the EPL when he unleashed greatness on us last season but it was indeed a second coming for the history books.

While the likes of Mauricio Pochettino and Jose Mourinho of Man United have spent the summer sulking and throwing tantrums about players they don’t have, pundits and fans of the Premier League at large have a lot to salivate over.

Clubs like West Ham, Fulham and Wolverampton Wanderers have outspent franchises deemed bigger than them, not just in the Premier League but in Europe, crystallizing the phrase “A league is only as strong as its weakest teams”.

Between the “3 headed goals” world cup hero Yeri Mina to the Ukranian Ronaldinho (Andriy Yarmolenko) as well as English wonderkid Ryan Sessegnon we have quite the feast on our hands. 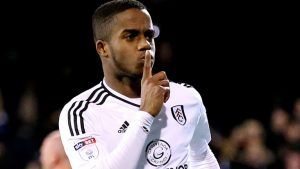 I could go on and on with the new exciting names to look out for but I would rather leave the rest to you on this season long journey.

Oh, I forgot, you might need some help with the name Kepa Arrizabalaga but also do keep in mind that Naby Keita and Fabinho are on board to help unlock any bus that might be parked in the wrong spot.

The hunt for FPL codes now that the football is finally upon us is crazy and if you believe your team selection skills are elite then you are about to be tested.

Last season’s Citi FM Fantasy League had over 15,000 subscribers and that threatens to double with a lot more people fascinating about how the game works.

Everywhere I go folks are asking about the fantasy league and how they can get involved.

With that in mind the eventual winner at the end of the season will walk away with a prize worth their efforts, we guarantee you that.

If you fall among those who procrastinate on making changes to their team every game week you might want to scrap that bad habit or risk missing out on the goodies.

While the 15,000 + league rages on, there is a smaller but equally competitive in house Citi Fm Fantasy League that features everyone from Philip Ashon, Bernard Avle, Nathan Quao, Godfred Akoto Boafo and yours truly.

Like Liverpool, I have been putting in place the building blocks to enable me annex the in house title this season after allowing Rahman Osman and Nathan Quao to get a feel of what it means to win a league.

While other high school kids fascinated about vacation parties and the latest fashion trends they could not participate in because of the restrictions of boarding school,16 year old Wepia Buntugu sent me a message asking when he could pundit again on the EPL the moment he got home.

My encounter with the 15 year old on Matchday 37 forever changed how I looked at punditry and how I generally perceived talent as a whole.

The passion was evident, but the understanding, the element of control and ease of the flow totally caught me off guard. Who is this boy? I asked myself repeatedly.

His understanding of tactics and the use of the right language to convey it was crisp and clear, he never said more than he had to.

A young man like that can only benefit from further exposure and as a result, the second year science student from Presec Legon will be making appearances when he is available on the 2018/2019 Citi Fm EPL live Radio Commentary.

As if we did not have enough with the tiki taka brought over by Pep Guardiola, the Gegenpressing of Klopp, and the park the bus of Jose Mourinho, Mauricio Sarri has also arrived, cigarette lit and feet tapping in the dugout with Sarri ball.

The community shield defeat to Man City gave us all a glimpse of what Sarri’s Chelsea will resemble.

It will be interesting to watch the morphing process of a team that have been educated to park the bus and play on the counter over the past three years switch to a short passing meticulous game, but the journey should be worth following.

Pep has acquired the services of former league MVP Riyad Mahrez to further grease the already well-oiled machine, while Mourinho has been denied any more material that will aid in making the parked bus immovable.

The acquisition of Keita and Fabinho means that Gegenpressing has also received its final building blocks.

No excuses will be accepted.

Like everything in this life we strive for excellence and the room to get better and that’s what the 2018/2019 EPL Live Radio Commentary on Citi Fm will deliver.

Time for engagement will be improved as there is the essence to elaborate more in the area of analysis and statistics.

The reinvention of the Preview show will now also air on Citi TV every Friday between 3pm and 4pm.

This could range from a single individual to a group of friends or colleagues from the same work space, it will be that spontaneous.

It is essential that you don’t just walk away with football commentary but a holistic experience after listening to the EPL on Citi 97.3 and that is why you should not put yourself through the agony of the half-baked 45 minutes that others indulge in.

This year’s campaign will mark 11 years of EPL Live Radio Commentary on Citi Fm,we are veterans at this.

It will be a season to remember, it will be make or break.