There is a saying that, you will never know the importance of anything until it sways away from you. Growing up, I have always enjoyed the display of the Black Stars maybe because I found myself in an era where they were doing so well, most especially qualifying for the World Cup for the first time. The very first major tournament I took a relaxing glimpse of, was the 2006 World Cup.

Ever since, I have had this sweet encounter with the Black Stars that I consistently follow each step they take both within the continent and on the international stage. While I accept and admonish others to do same that although the national team does not belong to any one particular player, manager or fan, there is, however, one superb gem the country seems to have chastised the most yet his absence in most of our encounters finds us wanting.

The reality is that the truth is sometimes hard to accept and so when it becomes so apparent and/or felt with much surety, it must be admitted. This unpraised hero is none other than the current Captain of the Black Stars, Asamoah Gyan.

For the simple reason that I am aware of the setting in which I find myself, I will be quick in putting across that, this write up has no link whatsoever to Gyan. In fact, I don’t even know him or have any personal relationship with him. But wait, must I be economical with the truth?

Absolutely NOT!  because if my voice cannot be heard proclaiming the truth, then I think the power of a pen and paper can serve the populace right. 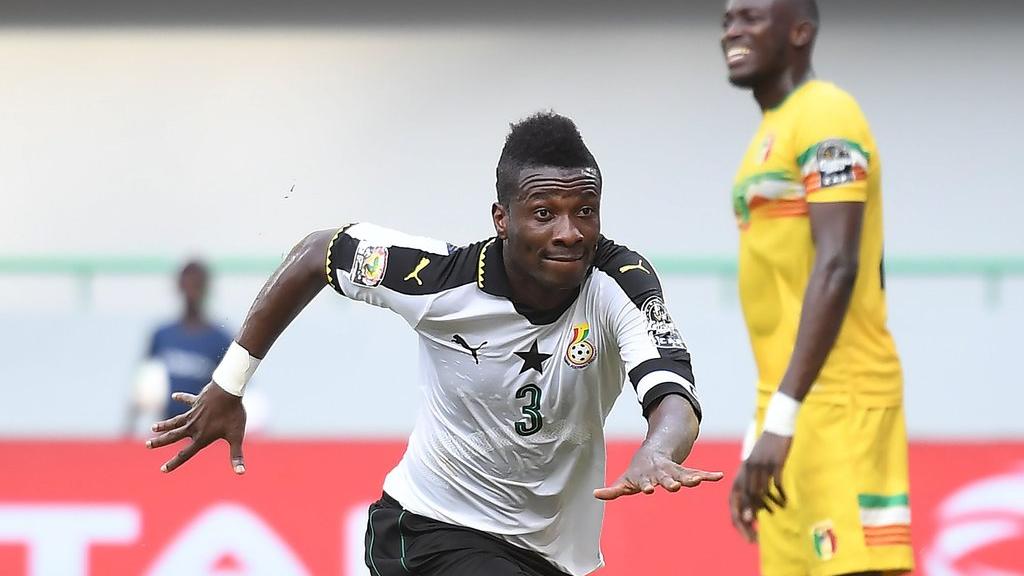 Asamoah Gyan made his debut for the national team in 2003 as a substitute to Isaac Boakye during a World Cup qualifying encounter against Somalia. Ghana won by 5:0, a feat that saw his contribution with a goal. Ever since, the legend has been a key figure in the Black Stars squad through chastisements and achievements.

If you ask of a player whose national career has been shaped through insults and “destructive” criticisms, Asamoah Gyan can never be left out. Even though these negatives shrouded his football career, Asamoah Gyan seemed relentless anytime he was called upon. This was demonstrated by his spectacular deliveries especially on tough occasions during tournaments. I have with me some important moments of the finest striker:

In 2006 when Ghana lost to Italy in the first group stage encounter, all hopes were lost as many thought there was no way Ghana could make it into the next game against a much stronger Czech Republic side that was, before the finals, ranked third in the World ranking according to FIFA.

On 17th June, 2006, one tense afternoon for Ghana, Asamoah Gyan gave us a very important early goal that relieved and calmed the nation and eventually contributed to our win in that particular encounter. Everyone could attest to the fact that; this win was what pushed the Stars to fight harder for qualification in the third game against USA where we won by 2:1.

Again, in 2008 when Ghana hosted the AFCON, Baby Jet as he was popularly known was attacked by fans with insults that saw him exiting the camp of the Black Stars with his brother, though he was later advised to return, courtesy President Kufuor. Quite frankly, it can be argued that, the tournament could not have come to a successful end without his shot kissing the net.

The year 2010 was a moment every Ghanaian will never forget. This is because in that year, Gyan led the ‘twinkle twinkle’ little Stars to the Finals of the AFCON through his important goals against the host nation, Angola and a much stronger Nigerian side in the quarterfinals and semi-finals respectively. It did not end there.

In June that same year, Asamoah Gyan took Ghana on his shoulders at the World Cup, a moment I don’t need to remind anyone. From the Group stages, Gyan got us the important win against Serbia, the significant leveler playing Australia and the memorable last-minute trigger against USA. Though his miss against Uruguay was one painful experience to every Ghanaian and will forever remain a difficult-to-forget nightmare, when one really understands football and how much psychological concentration is required to take a penalty at that time, a little breadth will be granted the captain.

A lecture on concentration in my Sports Psychology class got me taking out the insulting aspect of my criticisms against Asamoah for missing something I always say had never happened, cannot happen now and will never happen for a very long time.

AFCON 2012 and 2013 were tournaments Asamoah Gyan represented and contributed immensely to the semi-final spots we got to as a nation. In 2014, when Ghana participated in the World Cup, an Asamoah-Gyan-assist got us the equalizer against the USA. I hope we have all not forgotten the joy he gave us in the goal he scored against Germany; one of the most difficult and beautiful games the World Cup witnessed according to pundits. You forget Gyan’s goal against Portugal and I know you did not follow the appearance fee saga.

In 2015, after a Black Stars without Asamoah Gyan suffered a 2-1 defeat to Senegal in their first game, it seemed our participation in the tournament was seeing an early exit. When Gyan featured in the second game with Algeria, his last-minute touch was joy and a call for jubilation. It called for merrymaking. His last touch that day meant a 1:0 lead for Ghana, a touch that saw Ghana gain some confidence going into the last game against South Africa and eventually becoming the 2nd runner-up in that competition.

Gyan’s only goal in 2017 AFCON against Mali got us straight qualification going into our last game. Don’t these records serve us right? This man has on most occasions saved his country. His absence in some few games these days has seen us fumbling. Can we ever blaze without Gyan? The recent game against Kenya got me wondering whether the journey ahead could ever be rosy when we play for 90 minutes and squander all our chances.

In my esteemed view, I think these moments have presented itself to us in a bid to believe that this hero is a living legend and must be celebrated. This is the African top scorer in the World Cup. This is a player who left Europe to the United Arab Emirate and still delivered, a patriotic man who single-handedly paid the bonuses of the Black Queens after winning the All African Games in 2015. A statesman who paid for the Chattered flight of the Black Stars from Brazzaville to Accra in 2017.

This is above all, our all-time top scorer with 51 goals. Come on the time is now. Well done Gyan. If they won’t celebrate you, the young ones have started and I lead that movement. I nearly forgot your Astroturf for Accra Academy. Is Gyan celebrated the way other African stars like Eto, Drogba and others are celebrated? Come on let’s be real, let’s support our patriotic citizens. It is based on this that others will emulate and desire to do more. I rest my case with a salute to the Maestro. Long live Gyan, Long live Black Stars, Long live Ghana.

By: The Sports Diplomat

“Kotoko have bagged a winner in C.K. Akonnor”- Eric Donkor