Fans of boxing in Ghana are in celebration mode after two major announcements this week.

First was the announcement of a four-year multi-fight deal between the biggest fighting star in the country, Isaac Royal Storm Dogbe (  (20-0, 14 KOs), and Top Rank boxing as reported by ESPN’s Dan Rafael.

“We are very, very happy to announce that we have signed Isaac Dogboe to a co-promotional agreement with Rising Star of Africa,” Top Rank chairman Bob Arum said. “This is a long-term agreement and together with [trainer and father] Paul Dogboe and [adviser] Mike Altamura, we will afford Isaac opportunities to win championships in multiple divisions.”

Ghanaians are also ecstatic about the deal and the opportunities it presents to a sport that has seen a revival on the back of Dogboe’s conquests.

Already, it has been reported that Bob Arum is looking to visit Ghana in 2019 with the possibility of staging a Top Rank promoted world title fight in Ghana. It might seem like an exaggeration but let us be honest, for this country it will be a big deal when it happens irrespective of the opponent that night.

A decade ago, this would have been unfathomable in this boxing-mad country that gave the world Azumah Nelson and Ike Quartey. Local promotions were poor and corrupt.

Fighters were basically sent as pads for other rising boxers especially in the United Kingdom. All that has changed and Dogboe and his team deserve some of the credit for this. 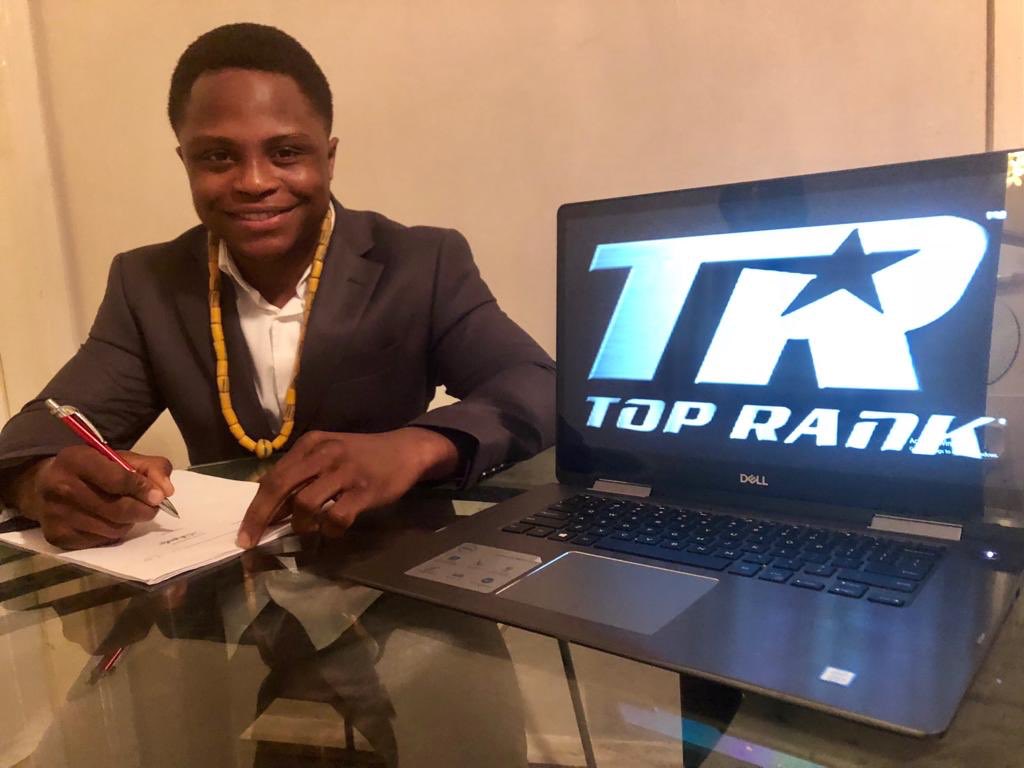 Fight fans should keep in mind Dogboe’s next date is in December when he fights on the Lomachenko-Pedraza superfight.

It is surprising Garcia took this fight considering the more lucrative option was to move up in weight and face off against Errol Spence Jnr but Commey will not care. He has another shot at a world title that he has earned.

Commey made drastic changes to his team including switching from longtime trainer, Tony Lokko to give himself a better chance the next time he found himself in a situation as he faces now.

Let Ghanaian fight fans not get overly complacent however. Garcia is the best fighter Commey has ever faced. He is in the top 5 of every pound for pound ranking and is a gifted counter puncher with explosive power. Fans can watch his recent dismantling of Robert Easter Jnr ( Yes. Same guy who narrowly pipped Commey to the IBF strap) to see how good he is. Commey is no slouch in the power stakes and will cause Garcia a lot of problems.

However these arrangements turn out there can be no doubting that it has been a great week for the greatest sport known to man.