Here’s what happened in the 3pm kick-offs in the Premier League on Saturday, October 6

Huddersfield earned a valuable point at Turf Moor thanks to Christopher Schindler’s second half equaliser.

Sam Vokes opened the scoring for the hosts on the 20-minute mark, but Huddersfield, who dominated the ball throughout, managed to pull level as Schindler headed Chris Lowe’s delivery past Joe Hart.

Despite securing a share of the spoils, Huddersfield remain in the bottom three.

Matt Doherty’s goal was enough to earn Wolves an impressive three points at Selhurst Park that fired Nuno’s side into seventh place.

Doherty, the wing-back, played a lovely one-two with Raul Jimenez inside the area before getting a shot off that beat goalkeeper Wayne Hennessey at his near post.

The hosts had chances to pull level, but Jeff Schlupp failed to finish what was perhaps their best opportunity.

Crystal Palace remain without a home league win to their name this season.

Gylfi Sigurdsson’s stunning long-range strike helped Everton to a 2-1 win at Leicester, who were reduced to 10 men just after the hour mark.

Ricard Pereira had cancelled out Richarlison’s opener before the break, with a fine sole goal, but Wes Morgan’s dismissal on 63 minutes made life hard for the hosts.

Sigurdsson capitalised, firing a brilliant effort from miles out that flew over Kasper Schmeichel, the goalkeeper, before dipping to fall under the crossbar.

The three points move Everton into the top 10.

The Lilywhites record 19 shots – seven of which were on target – but Dier’s eighth minute strike was all that separated the sides.

Joe Ralls was sent off 10 minutes into the second half for a cynical foul on Lucas Moura, with the result leaving Cardiff rooted at the foot of the league table.

Bournemouth ran riot at Vicarage Road as they secured a 4-0 rout of Watford that moves them into the top five. David Brooks and Callum Wilson scored either side of a brace from Josh King, whose opener came from the penalty spot.

The Hornets were reduced to 10 men in the process of conceding said spot-kick, with Christian Kabasele shown a red card. Javi Gracia’s side are now without a win in four. 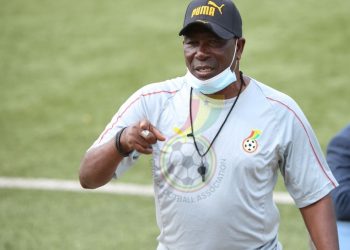 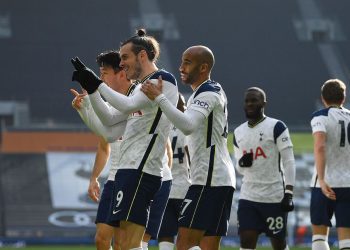 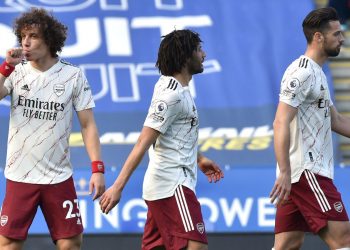