Golden Star Resource (GSR), a mining company operating in Prestea in the Western Region, has handed over two state of the art basketball courts to the community as part of their corporate social responsibility.

The facility, constructed on the site of what used to be a refuse dump, comes with a roof over one of the courts for indoor purposes.

Golden Star Resources in partnership with Giant of Africa organized a 3-day basketball clinic for selected talented basketball players across the country to commemorate the official opening of the recreational facility. 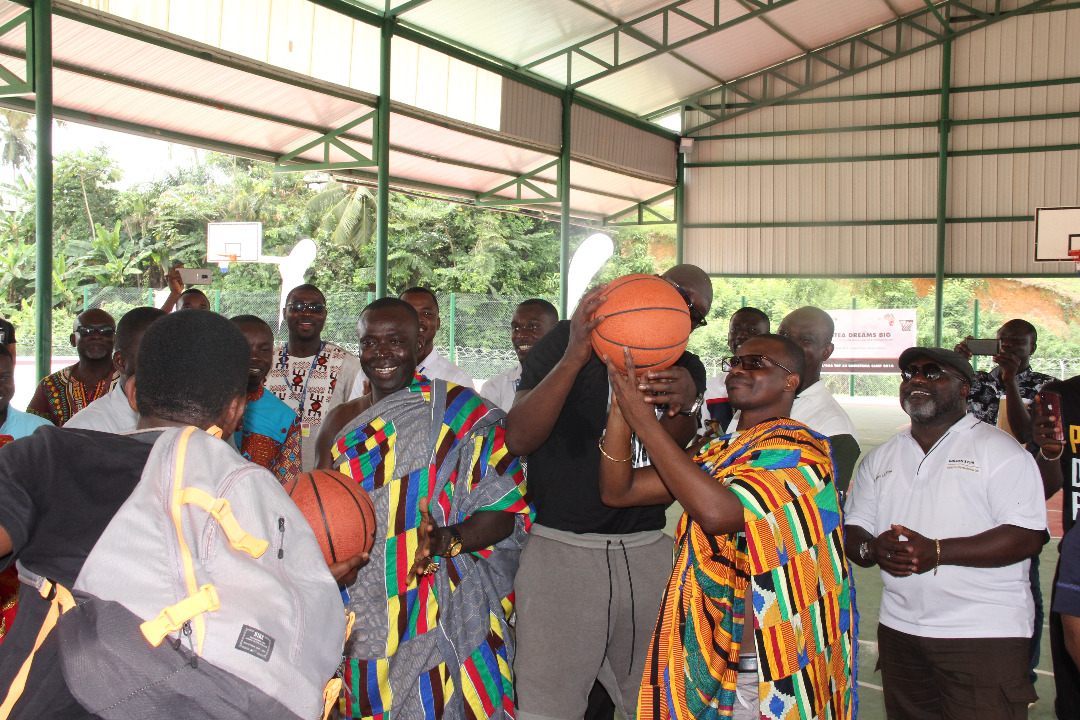 The clinic was conducted by co-founder of Giants of Africa, Godwin Owinje and Michael Akuboh, a scout for  NBA team Toronto Raptors.

Briefing the media after the clinic, Group Corporate Affairs Manager of Golden Star Resources, Gerard Osei Boakye, expressed satisfaction at the event and hinted at a further two year partnership with Giants of Africa for future projects. 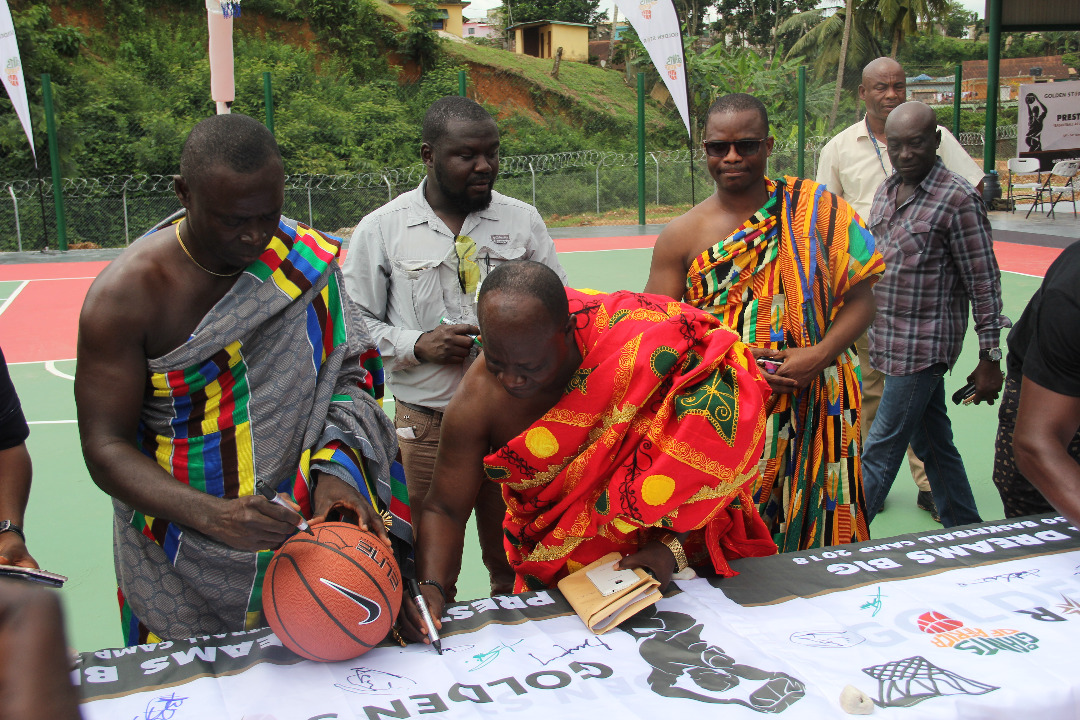 “I was amazed at the level of enthusiasm the youth showed at the clinic. Not just the campers, even those who were not selected were eventually allowed to come in a participate in the drills.

“So our aim is to engage the youth and create a space where they can exhibit their talent and have something to do during their spare time.

“As a result, Golden Star will be happy to partner Giants of Africa for at least two more times and it is my hope that what happens in Prestea will be a catalyst for other companies to do more,” Osei Boakye said.

“This is a world class facility that will help promote basketball in Ghana. The biggest problem in most African countries when it comes to growing basketball is the lack of facilities.

I think that what Golden Star has done is a great start,” he said.