The bank roller of the newest promotional hub, Don’s, on Wednesday signed a three-year partnership deal with Chinese electronics and media company StarTimes at their offices located at the Airport West.

The deal will see crack boxers like Obodai Sai and Robert ‘the stopper’ Quaye fight France Ramabolu of South Africa, and Vincent Mbilinyi of Tanzania respectively. At stake would be the WBO Africa Middleweight Championship and the interim World Boxing Organisation Africa Super Lightweight Title.

Mr. George Lomotey signed on behalf of StarTimes, and was optimistic of the prospects.

“We are proud to be partners of this project and we know its going to change the face of boxing in Ghana and Africa” he said. 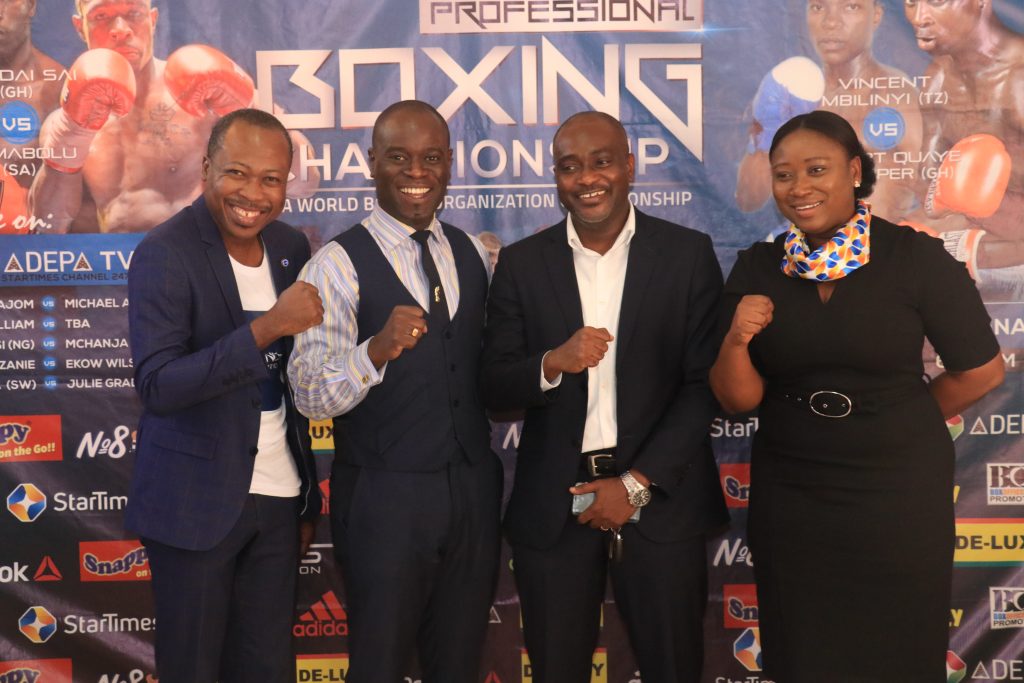 Sugar Ray Leonard and Thomas “Hitman” Hearns sparked the first ever pay per view boxing fight which was telecasted via Viacom Cablevision in Nashville, Tennessee on September 16,1981. Since then, the pugilism economy has seen an upsurge in terms of revenues and market demands.

In 2015, 4.6 million buys was recorded when Floyd Mayweather took on Manny Pacquiao which translated into $390 million with an estimated total revenue exceeding $500 million.

“We need to encourage such ventures in order to grow the sport. This is a 3 year deal with Startimes to provide quality content in Ghana and extend it to Africa and finally to the world. There is no reason why we can’t replicate the Top Ranks and the Don King’s in Africa” Mr. Yarboi stated.

StarTimes on their part are hoping to partner any local media house interested in partnering the brand for collective wins.

Christened ‘Clash of Titans,’ the bouts will see the rekindling of old rivalries when Bronx Gym’s Felix Ajom faces Michael Ansah aka “One Bullet”, after a controversy that engulfed their first encounter.

Boxing Day 26 December is the date, and in case you are not able to make it to the Bukom Boxing Arena, remember to just download the Startimes app or simply subscribe to Adepa TV on your STARTIMES decoder and enjoy the action.

Asante Kotoko arrive in Kenya ahead of Kariobangi tie on Saturday

Asante Kotoko arrive in Kenya ahead of Kariobangi tie on Saturday