EPL on Citi FM : How stopping Eriksen is key to United beating Spurs

The sacking of former boss Jose Mourinho seems to have breathed new life in the United squad, with the sudden surge in form of Paul Pogba, the most notable change.

Sunday’s encounter against Spurs offers a completely different challenge for Solkjaer’s men, as this will be his first game against a side not only in the top half of the table, but in the top six also.

Tottenham have been impressive over the last month, scoring 25 goals in their last 7 games in all competitions, including victories over rivals Arsenal and Chelsea.

Mauricio Pochettino’s side were also comfortable 3-0 winners in the reverse fixture a couple of months ago, and also beat United in last season’s encounter at Wembley –  so it’s safe to say the psychological momentum is with the London side. But Spurs can be stopped.

How can Manchester United beat Spurs?

Despite a pretty successful festive period, Spurs suffered a shock defeat against Wolves at Wembley – a defeat that highlighted one major problem in Pochettino’s side, the midfield. Injuries to Eric Dier, Moussa Dembele and Victor Wanyama has left Pochettino with only 2 fit central midfielders in Harry Winks and Moussa Sissoko.

These two are not the most creative and intelligent central midfielders and because of this deficiency Christian Eriksen has been given a deeper role to act as a carrier (the midfielder with the responsibility of transitioning from a defensive phase to an attacking one). 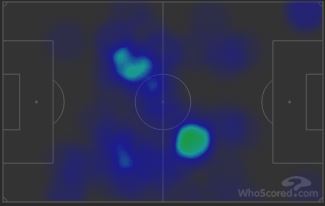 This has given the Dane extra responsibilities in the Spurs setup, making him the brain behind the team.

Eriksen has scored 4 goals and made 7 assists (the most of any Spurs player) this season. The former Ajax man has also created 4 big chances (the most of any Spurs player) so far. All these impressive stats means the United midfield will have to keep their eye particularly on Eriksen to limit his touches on the ball as much as possible, leaving the creative responsibility in the hands of Winks and Sissoko who don’t pose the best attacking stats this season. 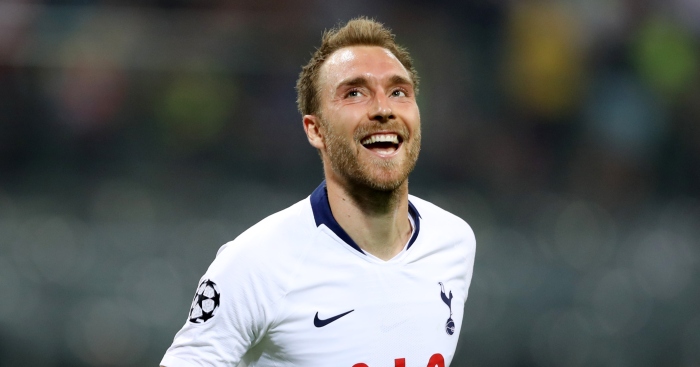 Christian Eriksen is statistically the most creative Tottenham player this season

Out of a total of 738 passes Sissoko has completed so far this season, only 165 (22%) have been forward passes, with Winks also providing a return of just 189 (23%) forward passes out of his 818 completed so far this season. So it shows that these two aren’t your most reliable creators. If United can do a number on Eriksen, it can be most certain that Spurs, with all their firepower up front, will struggle.

But the onus still lies on Solkjaer and his men in the middle as to whether they can pull it off.