FC Barcelona has confirmed the signing of Ghanaian midfielder, Kevin-Prince Boateng on a loan for the rest of the season from Sassuolo.

The move was announced by the Spanish League leaders on Monday evening via its Twitter handle using an interesting video where Barcelona players like Lionel Messi and Luis Suarez got notifications on their phones of the arrival of a new player to the club.

Earlier on Monday, rumours started to grow that Barcelona were interested in signing the player to help their attack in the second half of the season.

The rumours were confirmed by Italian football journalists who stated that the player was on his way to Spain for a medical.

Citi Sports sources close to Sassuolo also stated that Boateng left the team after Monday’s training to head to Spain. 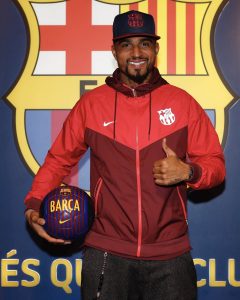 Boateng will sign his contract, do his unveiling and meet the press on Tuesday, January 22 at the Camp Nou.

The loan move also has an 8-million euro purchase agreement should Barcelona decide to get the 31-year old on a permanent basis. 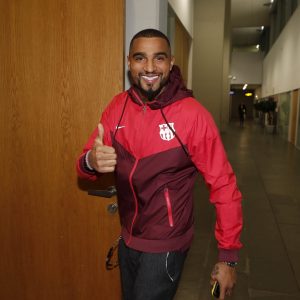 Boateng spoke to Barcelona TV and said the move was a realisation of a wish he had always had as a footballer.

“I am very happy and it is a huge honour to have the chance to play for this huge club. I think that for every child who starts to play football, it is a dream to play for a big club like Barcelona so for me, it is a big dream come true.

Boateng will wear the number 19 jersey for Barcelona in his loan spell at the club. 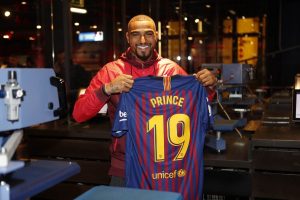