In April of 2011 AC Milan forward Kevin Prince Boateng made a promise.

“If we are to win the Scudetto, I will dance the moonwalk dressed as Michael Jackson, hopefully on the pitch. I have never won anything important in my career. The Scudetto would be a great conquest.’”

He delivered on that promise in spectacular fashion in May of that same year at the San Siro after playing a leading role in Milan winning their first Scudetto in five years. The whole world was watching and it has become one of the most evocative championship celebrations of the past two decades. 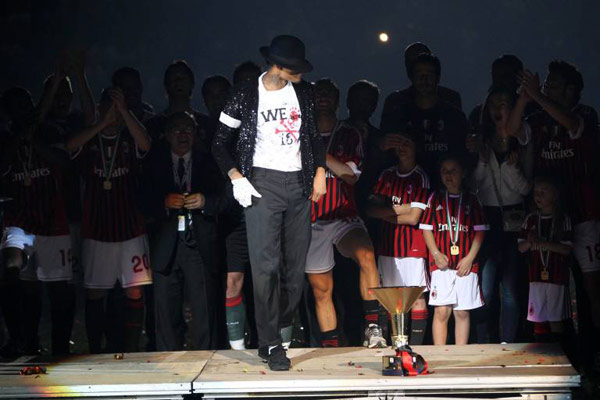 Suffice to say the German-born Ghanaian has always had a thing for the spotlight and the biggest stages.

Late in his career, he has an opportunity to dazzle on one more hallowed ground. The address is C. d’Aristides Maillol, 12, 08028 Barcelona, Spain but for millions around the world, it is simply known as Camp Nou, home of Spanish champions, FC Barcelona.

The news of Boateng’s loan transfer from Italian side Sassuolo to the reigning Spanish champions has split opinion within the footballing world in the past 24 hours. Very few expected it but that has always been the norm with Boateng’s career. There have been several times where very little was expected of him and yet he has delivered.

Social media platform Twitter is where the debate has raged over his suitability to Barca and even the sense behind the decision to sign him up if even for a six-month loan.

Surely Barcelona could have done better to find a decent, younger, less abrasive alternative for when Luis Suarez needs rest or a different tactical change is needed. Errrm. No.

Boateng’s recruitment makes sense. He is on a six-month loan with an option to purchase if he impresses at the end of the season. His loan deal is 2 million euros.

Think about it. Which decent number nine in Europe is available on the above-listed terms with the pedigree of Boateng?

And for those who are wondering why he has been pegged as a number nine in this article when he has been known as an attacking midfielder his entire career, please catch up.

Boateng’s evolution into a  number nine began at Las Palmas where Quique Setien realized that the best way to get games out of his injury prone new recruit was to shunt him upfront to protect his worn knees from the water carrier workload of a box to box midfielder. He could make use of Boateng’s remarkable football IQ and impressive physique to link play in the attacking areas of his opponents. It worked a treat with Boateng contributing in double figures.

The same happened at Frankfurt where he led an unfashionable squad to German Cup glory, defeating Bayern Munich in the final.

Boateng himself described what he brings to games in his new role when he joined Sassuolo.

“[De Zerbi] wants me to come a little bit deep to put the other players in front of the goal and then if I have the possibility of course to score,” he explains. “The most important thing is to help the team to come in front of the goal with one-two passes, I drop down or I give them space, because for defenders it’s always difficult to have a false nine because they don’t have a direct player against them, so they don’t know exactly what to do.”

“[De Zerbi] picked every player he brought in especially because he knows how he wants to play, he brought me in otherwise he could have brought someone in who is a real striker who would have just stood in front. He brought me in because he knows I am a midfielder usually so I have the mentality of a midfielder so I give him that. It’s like a wall, you pass it and get it back or I put it in the space, that’s exactly what he’s asking.”

It is very similar to what Barcelona do under Valverde. That is why dealing for Boateng makes sense to them. After all, he is not expected to compete with Luis Suarez for a starting slot. He understands that games will be few and far between. At  Barcelona, every game is a high stakes match and will require quality help. Cast your mind back to the most important game Barcelona lost last season against AS Roma in the Champions League quarterfinals. Valverde and his squad never came to terms with the physicality of the Roma defenders while his inability to switch tactics based on the paucity of his attacking materials rendered him incapable of turning that result around in Rome.

It is for moments like that Boateng has been signed.

Like him or hate him one can be guaranteed that the next six months at Barcelona will certainly be worth watching.