Australian Open: Djokovic through to semis, Williams kicked out

Serbia’s Djokovic, 31, was leading 6-1 4-1 when Nishikori quit with a thigh problem.

Every time Djokovic has reached the last four in Melbourne he has gone on to win the tournament.

The top seed will face Lucas Pouille in Friday’s semi-final, after the Frenchman defeated Milos Raonic.

Djokovic has not lost to Nishikori in their past 15 meetings, stretching back to the Japanese’s victory in their 2014 US Open semi-final.

“I love to battle especially against Kei, we have played so many matches in our careers,” Djokovic said.

“I hope he can recover and it is not something very serious that will take too long.

“I am sorry for everyone not having a full match tonight but thank you for showing up.”

“I think she just played lights out on match points,” Williams said.

“I took my chances,” said Pliskova who won on her third match point.

Former world number one Pliskova will meet Japan’s fourth seed Naomi Osaka in the last four on Thursday with eighth seed Petra Kvitova taking on unseeded American Danielle Collins in the other semi-final.

Williams, seeded 16th, played down an ankle injury which she suffered during the rally on her first match point when serving at 5-1, 40-30.

The seven-time Australian Open champion did not win another point on serve after the incident.

“She was hitting lines and went crazy. She played unbelievable on match points,” Williams said.

“It was nothing to do with my ankle. Obviously I made some mistakes but she played really well.”

Williams’ inability to seal victory means a highly anticipated rematch of her controversial US Open final defeat by 21-year-old Osaka must wait. 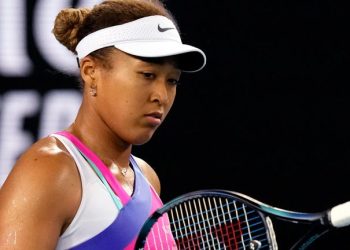