Germany-born Ghanaian professional footballer, Kevin-Prince Boateng on 21 January, 2019, joined Spanish La Liga club Barcelona on loan from Sassuolo, where he has been playing as a forward since 2018.

Boateng’s move to FC Barcelona came as a surprise to many football fans across the world.

Below is an infographic that chronicles the long journey of Boateng’s move from Hertha BSC to Barcelona. 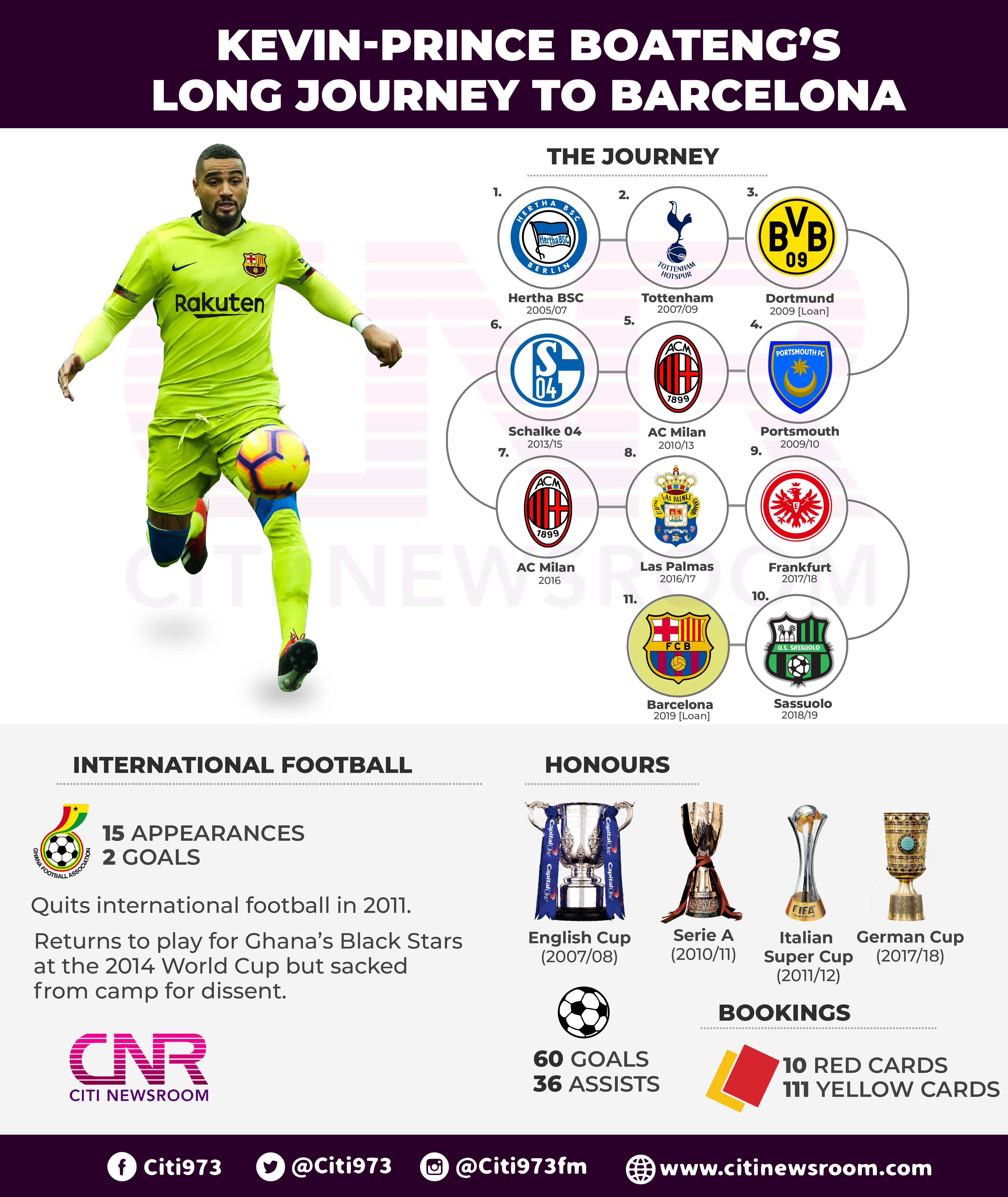