Baba Rahman had his customary electric smile during his unveiling as a player for Ligue 1 side Stade de Reims. It was good to see considering there has been very little to smile about in the career of the 24 year old left back in the past two years.

A horrible knee injury while on national team duty with Ghana at the AFCON in 2017 was the start of a nightmare period for Rahman. It left him unable to make an impression on Antonio Conte at Chelsea, a club not known for its patience with players even those who arrive for a considerable price and with great promise.

Two loan stints at Bundesliga outfit Schalke O4 have not had the necessary results for Rahman. After all the objective was to gain games but in his first season he found a considerable obstacle in Sead Kolasinac before his departure to Arsenal while the second season has seen an even greater decline in his playing time due to a combination of injury  and poor form. Rahman has played a total of just 163 minutes of Bundesliga football this season and for player who has always held himself to the highest of standards it was simply not good enough.

Rahman’s career could have been so much more impressive but it is not and nobody knows that better than him. He has lost his place in the Ghana national team and his standing at Chelsea is almost non existent but this is no reflection of his talent. Fit and inform , Rahman is as good a left back as you will find in any pf the top five leagues and it is part of the reason why he refused to drop out of those heights in his search for regular football.

In the build up to the transfer he had been linked to several clubs with a purported deal to Goztepe almost sealed but a confidant of the former Augsburg star told me Rahman’s plan was to find an arrangement that guaranteed him regular games as well as a high level of competition in a bid to rebuild his reputation and show he could still hack it with the best. 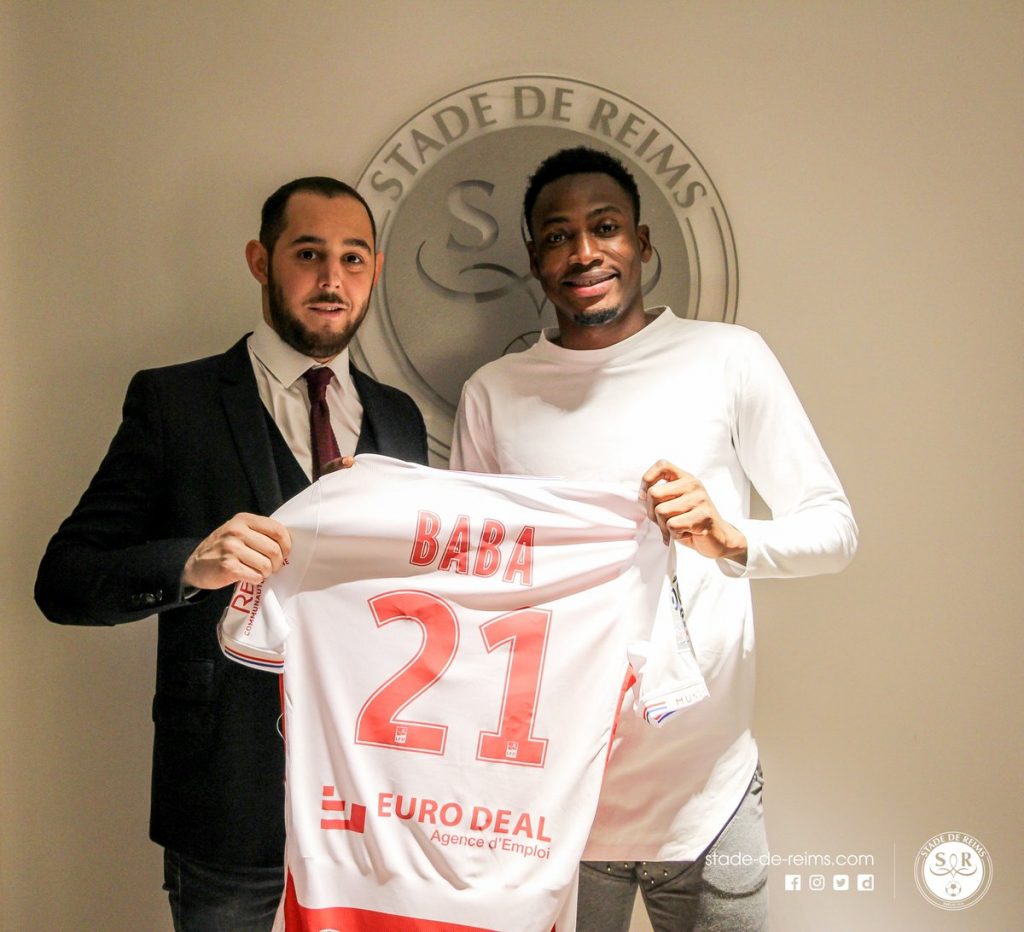 The unfashionable club are in the middle of a decent campaign since their return to the elite division of French football and are ambitious enough to spot a good deal.In the market for a ready made replacement for their injured regular left back, Ghislain Konan, Rahman fit the bill considering that Chelsea had agreed to carry his wages and there was no option to purchase after the loan period.For Rahman, the vacancy at left back at the club due to Konan’s four month lay off meant a chance to increase his activity level without too much competition. Talk about a match made in heaven.

The player himself says he wants to throw himself into the fray immediately and seems clear on the challenge ahead of him in the next few months.

“In Reims, I want to learn French,”  .“The French championship? It’s fast game, a bit physical also with quality players. I knew the Bundesliga and I watched a lot of Ligue 1 games, but to find out if there are differences between the two championships it’s on the pitch that it’s happening. I saw Guingamp’s match and I can not wait to discover this new competition . “

The club are also impressed with the attitude of their latest acquisition and the suitability of the arrangement they have come to with Chelsea also keen to facilitate a deal.

“Beyond the impressive pedigree of the player I do not even need to mention, I was charmed by its simplicity and willingness to blend quickly into the club,” said Mathieu Lacour, Director General of the Stade de Reims .“You can be a top player, have played the biggest competitions and be elegant: this is clearly the case of Abdul Rahman Baba. If this deal has been finalized, in addition to the will of the player, we must also salute the attitude of the Chelsea club that made this loan possible. The deal is win-win for everyone: for us it was to compensate for the injury of Ghislain Konan, for him is to get playing time ahead of the CAN to be played at the end of the season »

The targets are clear then for both sides but for Rahman, it is a time to prove to himself that he is not finished as an elite division player at the age of 24. He has six months to press the reset  button on his career and redefine what the summer transfer window will hold for him.

CHAN 2020: Ghana to face Burkina Faso in Zone B Qualifiers

CHAN 2020: Ghana to face Burkina Faso in Zone B Qualifiers