Which Ghanaian players made moves in the January transfer window?

Ghanaian players may have not set Europe alight in the last few seasons but it hasn’t stopped clubs from adjusting their books to bring in players from a country which has produced some of the biggest names in world football.

From Tony Yeboah to Michael Essien, the top clubs in Europe and North America have often sought the best Ghanaian talents to bolster their teams.

While players like Newcastle’s Christian Atsu and Atletico Madrid’s Thomas Partey appeared to be settled at their current clubs, other Ghanaian players have been trying to settle into their new teams after securing moves in the window.

Here are all the moves that involved Ghanaian players in the January transfer window.

Without a doubt, the biggest move by a Ghanaian in this window involved a player who has played for more clubs than most.

Journeyman, Kevin-Prince Boateng has had a mixed career which has taken him through Europe’s top four leagues (Spain, Germany, England and Italy). 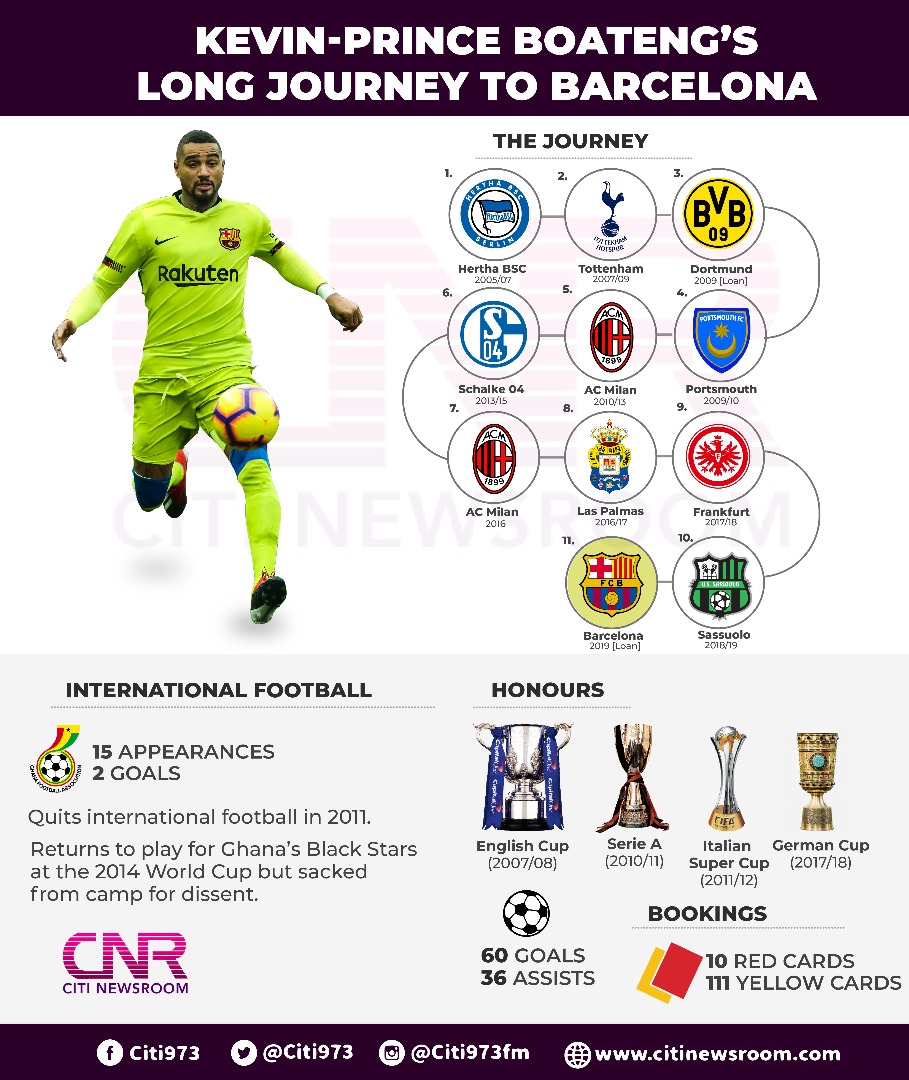 His most successful recent spell cam at Spanish side Las Palmas, and he returns to La Liga for a more daunting challenge with defending champions Barcelona. 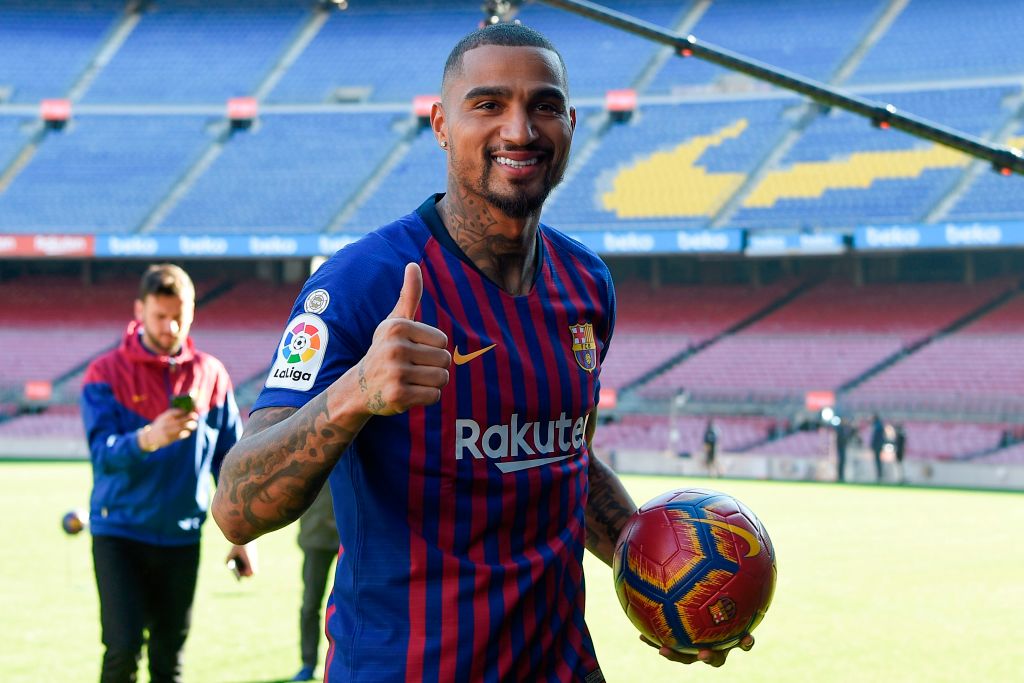 Baba Rahman has had a rough few years.

Having burst onto the scene in Germany and earned a massive move to Chelsea, he has seen his career come to a standstill as a result of injuries. 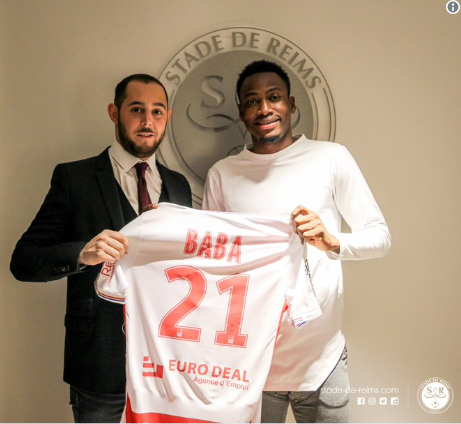 Despite loan stints at Schalke 04, Baba Rahman’s form has not hit the peaks he managed before his injury. He’ll be hoping his move to Reims will mark a turning point in his career. 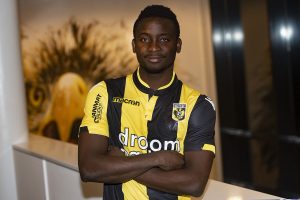 The former Asante Kotoko striker moved to Dutch side, Vitesse on loan from Anderlecht very close to the end of the window. The player was not getting enough opportunities in Belgium so he sought for more opportunities and Vitesse have provided that option.

Sulley Muntari has not had a club since he left Deportivo La Coruna in 2018.

Having at one point being one of the most sought-after midfielders in Europe, Muntari has seen his stock plummet due to injuries and age. 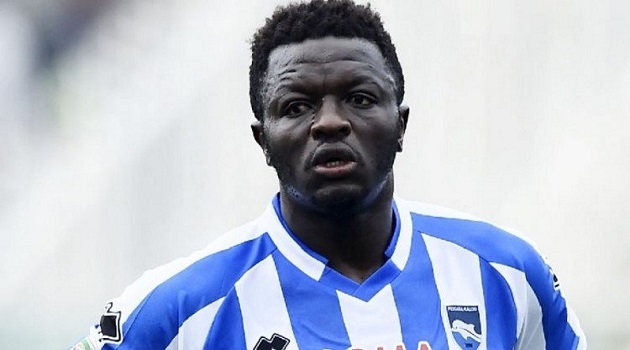 However, the player has had a long and successful career and will go down as one of Ghana’s best exports to Europe. 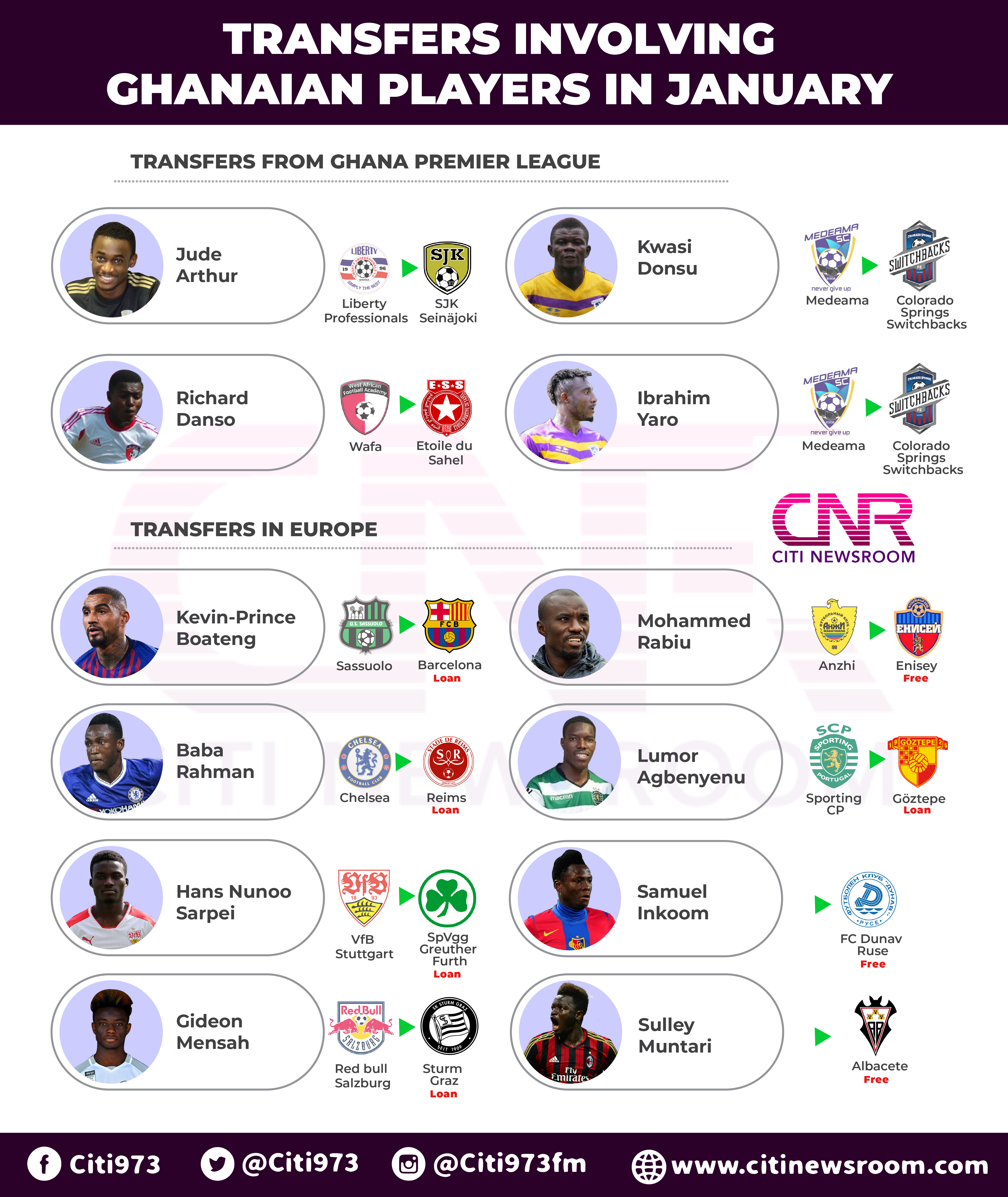