IBF Lightweight champion, Richard Commey’s potential super fight with pound for pound king Vasyl Lomachenko hangs in the balance after it was revealed he had damaged ligaments in his right hand.

According to ESPN’s Dan Rafael, Commey and his Russian opponent both came into their fight having already signed to face the feared Ukranian as part of an agreement between Lou di Bella who promotes Commey and Chaniev and Bob Arum, of Top Rank.

That agreement now hinges on the result of an MRI Commey will undertake later.

“There seems to be an issue with a ligament on his right hand, his right knuckle,” Lou DiBella, Commey’s promoter, told ESPN on Tuesday. “Before there is any definitive prognosis, they want him to have an MRI and whatever other imaging they need to do. Richard went to see the hand specialist [on Tuesday]. The doctor sent him for imaging, which he will have done on Wednesday, and on Thursday the doctor will review everything and give us a prognosis about whether he will be able to fight on April 12.

“My perspective is that I’m not going to play doctor. Right now, there is an issue that has to be dealt with, and on Thursday we’ll know the extent of it.” 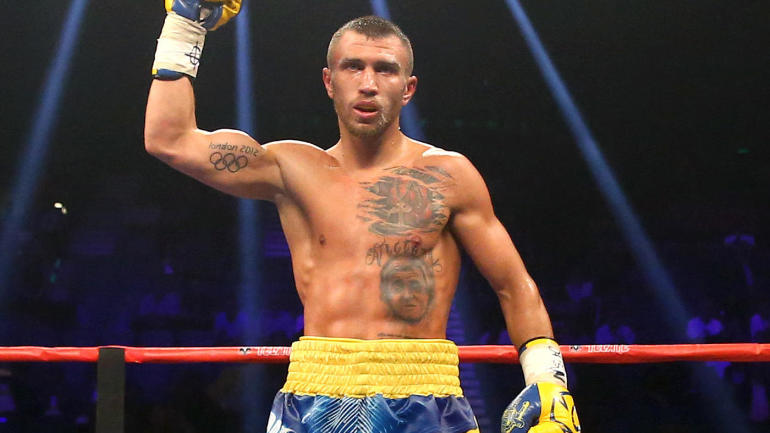 Top Rank vice president Carl Moretti told ESPN that the hope is that Commey’s hand is OK and that he will be able to face Lomachenko on April 12.

If not, Moretti said the company would either move Lomachenko to a new date to give Commey enough time to heal or have Lomachenko fight another opponent, possibly former titlist Anthony Crolla, who is one of his mandatory opponents, on April 12, with the unification fight against Commey to come after that, as long as Lomachenko wins.

The story behind the photos on Richard Commey's title-winning trunks