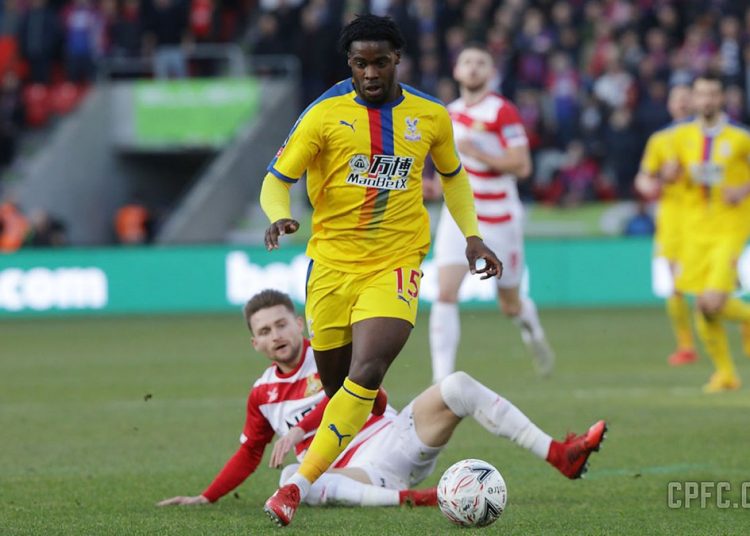 Ghana’s Jeffrey Schlupp was very pleased with his side, Crystal Palace’s, qualification to the last 8 of the Emirates FA Cup after they beat Doncaster Rovers 2-0 on Sunday.

Schlupp scored the first of the two goals on the day while Max Meyer headed home the second to help them go to the next round.

The Black Stars player has been in good form for Palace in the last few months and had gathered a total of 22 league appearances with 4 goals in his name.

After the victory over Doncaster, he shared his thoughts with Palace’s official website.

“I found a bit of space on the left side so I drove into the space and before I knew it, I was in the box. I thought I’d get a good strike on it and see what happens and thankfully it went in.

We knew it was going to be a tough one and anyone who watched today saw that they [Doncaster] played good football but we’re obviously pleased to have come here and won the game. We scored two good goals and are through to the next round.

We obviously knew if we got past this round, we’d be in a good position. Of course this is a special tournament and hopefully with the luck of the draw we might get a ‘lesser’ team, if that’s what you want to call it, to have a better chance of getting through. But obviously any trip to Wembley is special and hopefully we can do that.”

Palace will find out who their next opponents will be on Monday evening when the draw for the quarter final is made after the final round 5 tie between Chelsea and Manchester United.