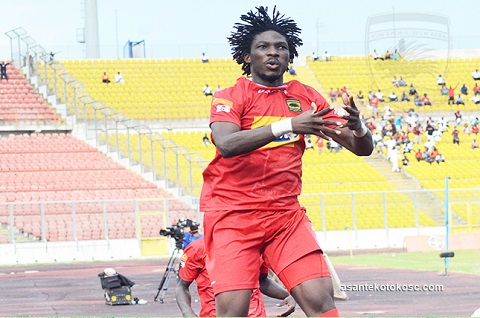 Asante Kotoko head coach, Yabouba Sogne, believes that forward Yacouba Songne, will soon get back to scoring goals for the club and that he is not too concerned by the recent dip in form.

Songne was a very regular scorer for the team as they got ready for the CAF Confederation Cup but he is yet to score in the qualifiers and the main group stage despite setting up five goals for the team.

Fans have stated their concern at the scoring drought but C.K. Akonnor is not perturbed and is still confident in the player’s scoring abilities.

Yacouba is expected to be part of the Kotoko team that flies to Zambia on Wednesday for their third group game of the CAF Confederation Cup against Nkana.