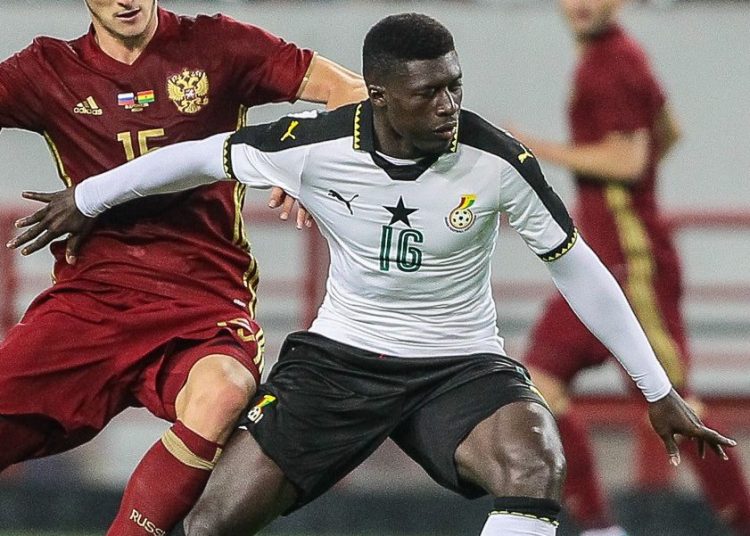 In 2017, when Kwesi Appiah was reappointed as head coach of the Black Stars, he made it his aim to rebuild an aging, disjointed and unbalanced team into one capable of challenging at future competitions, beginning with the 2019 Africa Cup of Nations.

“I am building a team for 2019 and that is why I am trying to invite a lot of players so that by the end of the year, we can sit back and say that we are sure of these 10 players who can fit into the team,” Appiah said at the time.

That rebuilding process saw the introduction of several new faces into the Stars’ setup, as the 58-year-old — reputed for being a gifted talent-spotter — sought to establish a new core of young and hungry players.

But with only a few months to the start of the AFCON in Egypt, it appears Appiah still hasn’t found the nucleus he set about to secure, particularly in midfield.

Ghana, in recent history, has enjoyed some of the best midfield partnerships in international football, with the Michael Essien-Stephen Appiah combo that flourished during the mid-to-late 2000s standing out for special mention.

It’s the sort of magic Appiah has attempted to recreate, but with little success. Atletico Madrid’s Thomas Partey, whom Appiah looks to build his team around, seems the only constant in the middle of the park, with the former Al Khartoum boss chopping and changing personnel around Partey with the hope of finding the right balance.

Thus far, it’s been elusive. The likes of Mubarak Wakaso, Ebenezer Ofori, Kingsley Sarfo and Afriyie Acquah — even center-backs Attamah Larweh and Daniel Amartey — have all been tried alongside the La Liga star in different tactical formations, yielding so-so results. 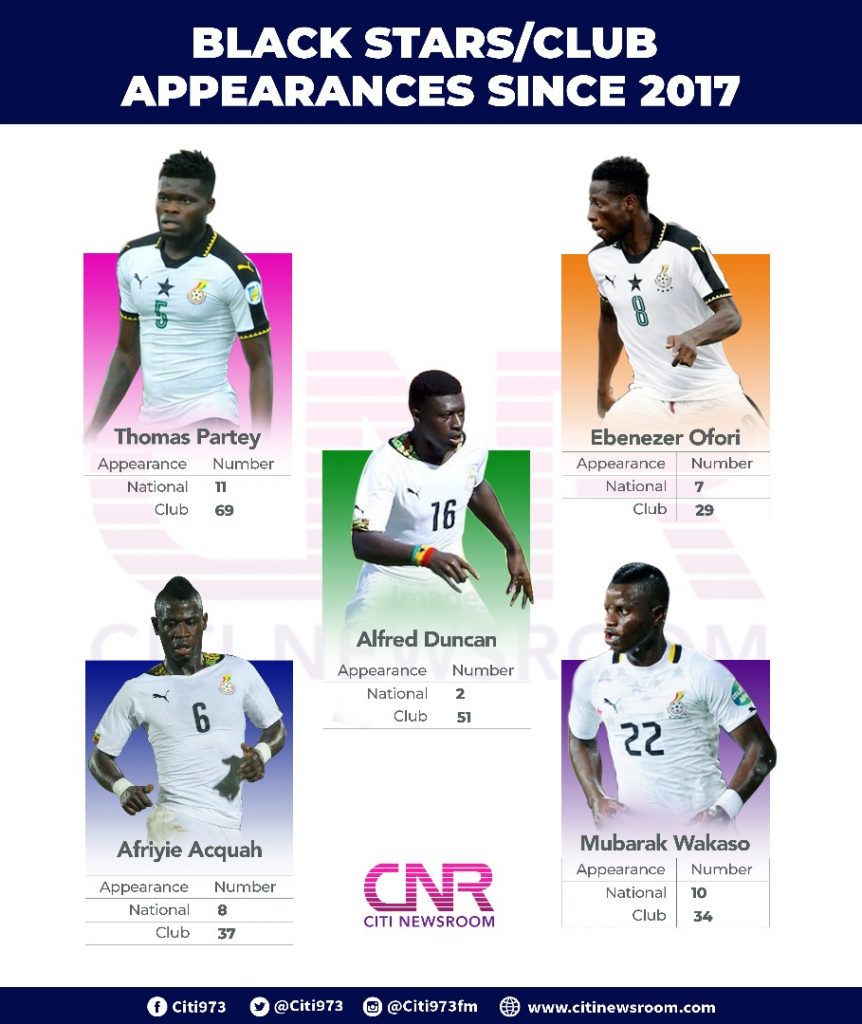 Duncan has made the 2nd most club appearances among the top Black Stars midfielders, but has made only 2 appearances under Kwesi Appiah

It must be stressed that national team partnerships must be consistent to create familiarity, as players hardly have enough time to gel. And this becomes even more important when the midfield, a central department where cohesion can’t be compromised on, is the subject. Given the sheer amount of midfielders the country boasts of, Appiah’s struggle is quite worrisome.

When Appiah took the job as mentioned at the outset, he gave Ghanaians the leeway to assess his squads saying: “I don’t believe I should be the only person judging the players I call up. Ghanaians must have access to the players, too, and judge them.”

It’s only right, then, to question why Alfred Duncan, Sassuolo’s 25-year-old midfield sensation, has been overlooked for such a long time, especially when those invited ahead of him have generally proved inadequate. Ironically, even when he was still inexperienced and unproven, Duncan made his senior Ghana debut back in 2012 — against Cape Verde — during Appiah’s first stint as head coach.

In the period that has followed, the combative midfielder has gone on to make just three more appearances, with two of those coming after Appiah’s reappointment.

For a player whose stock has only soared — from modest beginnings at Jose Mourinho’s Inter Milan via stops at Livorno and Sampdoria to his current station in Emilia-Romagna, picking up a FIFA U-20 World Cup bronze medal along the way — that’s just not enough progress on the international front.

Duncan’s consistency and versatility for Sassuolo has even bigger clubs on his trail, and he remains confident that those traits — along with his remarkable professionalism and patience — would pay off with respect to his Ghana career.

“Every coach has his preferred choice, and as a player I’ve never had a problem with that. Ghana has a lot of players, both outside and locally, so it’s up to the coach to make his own decisions,” Duncan told Citi Sports in an exclusive interview.

“So if I gain a call-up, I’ll come down to play, but if not, I’ll just have to work harder to prove them wrong.”

With the 2019 AFCON just a few months away, Appiah won’t want to be proved wrong. He needs to get the big decisions right, and handing Duncan an integral role should be one. It’s been 37 years since Ghana last won the AFCON and the Aggrey Memorial SHS graduate certainly wants to help.

“I’m still waiting to play in my first AFCON and that is definitely on my mind. Playing in the AFCON is my prime target. I want to do the best I can so I can earn a call up to play in the AFCON.”