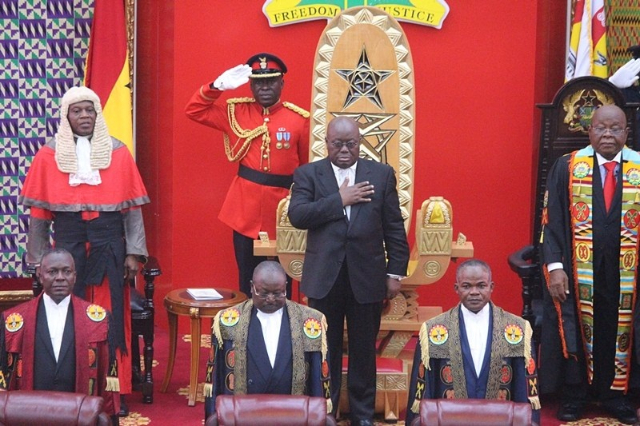 Ghana’s sporting infrastructure will see some upgrading in the coming months and years because the country will host the rest of the continent during the 2023 All Africa Games.

This was what the President, Nana Addo Dankwa Akuffo Addo, said during his 3rd State of the Nation Address to Parliament on Thursday.

Ghana has been given the rights to host the event in 2018.  The country will host several sporting disciplines and the President has revealed his intentions of getting Ghana ready for the huge competition by increasing the pool of sports infrastructure.

“Ghana won, last year, the bid to host the 13th All Africa Games. It presents our nation with the opportunity to upgrade sporting infrastructure in the country, and position our nation as a preferred destination for the development of sporting disciplines on the continent.”

“We have begun renovating and upgrading our sporting infrastructure such as the Accra and Cape Coast Sports Stadia, and the Azumah Nelson Sports Complex in Kaneshie, and a complete refurbishment of sports facilities across the country.”

“Funds have also been released for the completion of the University of Ghana Sports Stadium, started by the Kufuor-led NPP Government, but abandoned soon after 2009,” he added.

President Akufo-Addo also gave an update on the Normalisation Committee’s work in the area of reforming Ghana football after the Anas Aremeyaw Anas Number 12 documentary.

“The Ghanaian people are also expectant of a return to normalcy of all football-related activities as soon as possible, and the Normalization Committee is working to ensure that they meet the March deadline.”

Earlier this week, the Normalisation Committee told the Sports Committee of Parliament that it would finish its mandate  by March and pave the way for elections to be held in a bid to create a new Ghana FA Executive Committee to replace the one that had some members being implicated in alleged acts of corruption captured in the Anas “Number 12” documentary.