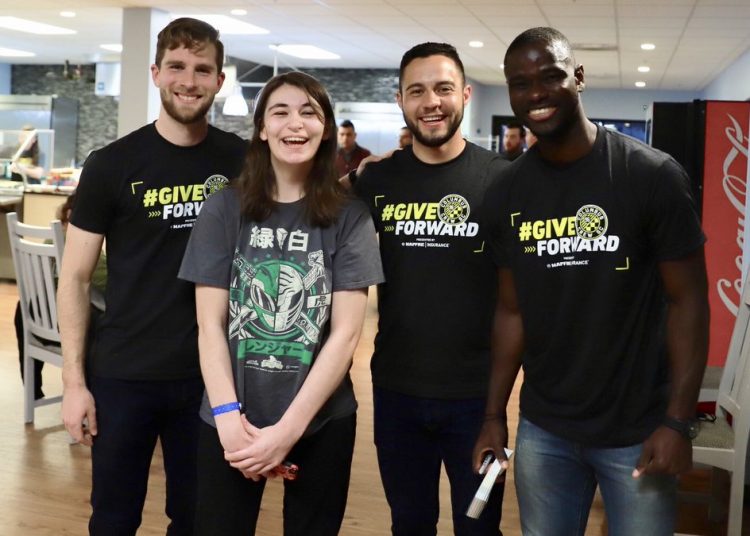 Ghana’s Jonathan Mensah and some of his Columbus Crew team mates were in benevolent spirits as they served meals to families in the Columbus area as part of the team’s plans of giving back to society.

The initiative, dubbed the Give Forward, was to bring the team’s players closer to their fans in the locality and also to meet their social responsibilities as a team.

Mensah and two team mates, Patrick Mullings and Niko Hansen were at the Ronald McDonald House of Charities served dinner to families who were invited to the gathering which was presented by the team’s main sponsor, MAPFRE Insurance.

The activity is part of Columbus Crew’s build up to the start of the 2019 MLS Season which starts on March 2.

On Wednesday February 27, Mensah and the rest of the team will have an engagement with the media ahead of the start of the new season.

Last season, Crew got into the playoffs but lost 3-1 on aggregate to the New York Red Bulls.