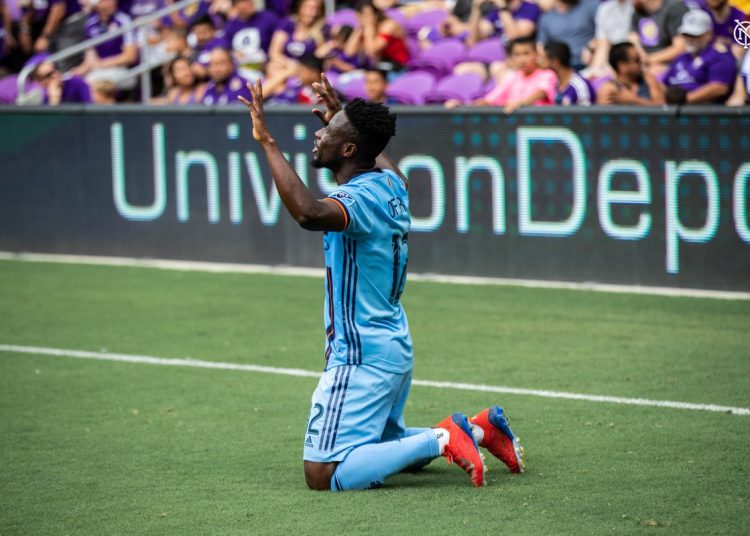 The opening round of the MLS saw some Ghanaian players featuring for their respective teams.

Midfielder Ebenezer Ofori was in action for 90 minutes for New York City after he was re-signed by the team while Harrison Afful and Jonathan Mensah both played for Columbus Crew.

For Ofori, it was a very good start to the season for him as he fired home the opening goal in New York City’s 2-2 draw at Orlando FC in the 13th minute and he was pleased with his contribution to the team’s on the day.

“I am very happy with this start that I have made. It was good getting a goal and I hope to keep the rhythm. I have scored such goals in training but the guys have been telling to score them in games rather so it is great to have one in a game. Last year, I did not get to move further up the field but that is in the past. This year is different.”

Afful and Mensah played 90 minutes for Columbus Crew as they drew 1-1 at home to New York Red Bulls.

Despite Afful getting booked in the 15th minute, he managed to keep his edge and provide something in attack for the team leading to the creating of some chances in the second half. 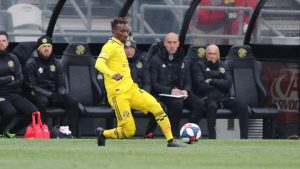 Crew head coach Caleb Porter spoke on the team’s need to get more from their attacking defenders like Afful during the match.

David Accam played 17 minutes for Philadelphia Union as they lost 3-1 at home to Toronto FC. Accam was introduced in the 73rd for Ilson. Accam will be hoping to feature for Union this season. He suffered some injuries last season and that hampered his output for the team.

Leicester lose to Watford in Rodger's first game in charge