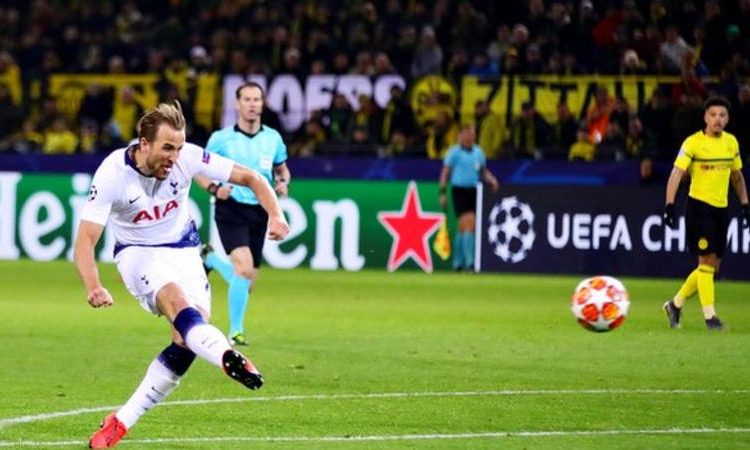 Tottenham eased past Borussia Dortmund to reach the Champions League quarter-finals for the first time since 2011 as Harry Kane became the club’s top scorer in European competition.

Leading 3-0 from the first leg, Spurs were forced to survive a first-half barrage from the Bundesliga leaders in the crackling atmosphere of the Westfalenstadion.

But Kane’s intervention just after half-time ensured a comfortable second period in which the hosts failed to register a shot on target.

Latching on to Moussa Sissoko’s pass, the England captain clinically lifted the ball past home goalkeeper Roman Burki into the right corner.

It was Kane’s first effort on goal and confirmed a 4-0 aggregate win for a Tottenham side that defended resolutely throughout.

Kane’s 24th European goal moves him one clear of the club record he previously shared with Jermain Defoe.

The draw for the quarter-finals takes place on Friday, 15 March.