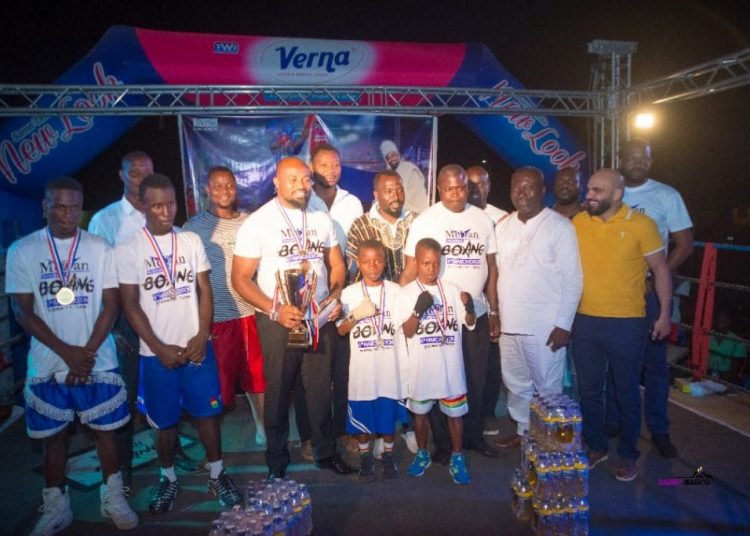 Arranged by McDan Foundation in collaboration with Twellium Foundation, the well attended event was the first in the series of fights in the region which climaxed Ghana’s 62nd independence anniversary celebration.

CEO of McDan Group, Dr Daniel McKorley after the bouts expressed gross satisfaction about the demonstration of quality boxing by the boxers.

” We will raise champions from this region, the youth here are strong and tough in character, what they need is the technical know-how and infrastructure. Plans are underway to construct a gym in the region to produce more champions,” said Dr McKorley.

Mohammed Fuseini overpowered Prince Amarquaye with a 3-0 results in the elite division, with Sule Mohammed also recording a 3-0 over Michael Dadzie. Abraham Mensah defeated Bernard Ankrah with a 2-1 result.

All the boxers left the Jubilee Park with special cash prizes, medals and products from Twellium Foundation.

Officials of Ghana Boxing Federation expressed satisfaction about the quality of boxing and thanked Sponsors-McDan Foundation (Title sponsor) and Twellium Foundation for putting together the event.

CAFCC: Kotoko qualification in jeopardy after draw with Al Hilal