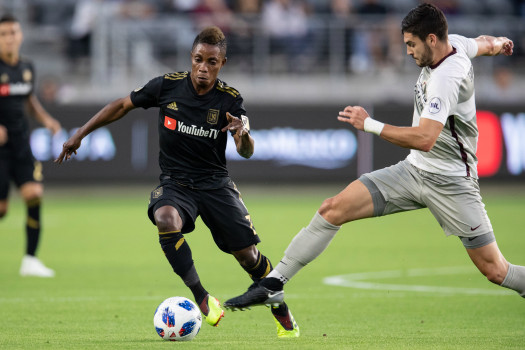 Blessing was introduced in the 32nd minute to play  in a very unfamiliar right back role due to an injury to Steven Beitashour.

However, he still managed to give a good showing that left Bradley very happy and impressed and he shared his thoughts on the Ghanaian after the game.

“I scoffed at the notion of Latif Blessing as a fullback. At the very least, I’d never have imagined it would work against a team of the caliber of last year’s MLS Cup finalists and with Diego Valeri and Sebastian Blanco lurking.

“Latif is going to play that position in his own way and we’ll work with him in terms of some positional details but you don’t try to fill his head with the textbook.”

The match was Blessing’s second of the new MLS season and he has played a total of 76 minutes so far. No one is sure if he will get an extended run in the team with Beitashour injured but Blessing is ready to feature for the team in any capacity.

Blessing and LA FC will travel to face New York City FC on March 17 in their next MLS match.