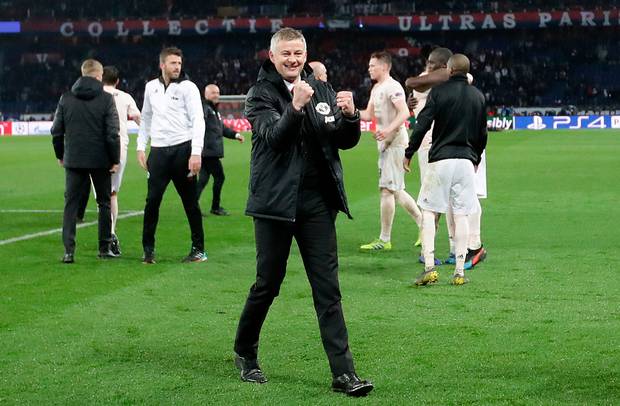 Citi Sports editor, Nathan Quao, believes that while Solksjaer has been great at Man United, the Norwegian should not be handed the reins on a full-time basis.

If Ole Gunnar Solksjaer were in a political race, he would win the popular vote by a country mile and there would be no contest whatsoever.

He is loved by the fans. The players adore him. He gives them the confidence. He is Man United through and through and he is the long lost son Sir Alex Ferguson has been looking for.

The numbers also speak for him. Since his appointment, things have been brilliant for Man United and watching them is a joy and a thrill.

10 wins, 2 draws and 1 loss in the Premier League should make every fan proud and it should make any caretaker’s case for the main job a very strong one and Solksjaer will be making that case whether overtly or covertly.

Add victories in the FA Cup and Solkjaer and that epic night in Paris in the UEFA Champions League and he is odds-on favourite for the job. 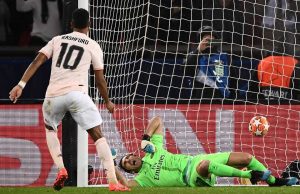 The distance he has travelled with the team since the sacking of Jose Mourinho is amazing and there are signs that he will do more great work.

However, I do not think Solksjaer should be handed the Man United job on a long-term basis.

This is heresy to a lot of people and already, my Twitter handle has been going mad with mentions and conversations on why I hold this opinion.

It is controversial, I know, and some have been very upset by it but before anyone draws a dagger on me, let me explain my point.

Ole Solksjaer loves Man United and he understands the club. He knows the values of the team and how things should be done but it is that same love and the attachment to the team that I feel will be his biggest hinderance.

At Manchester United, there is the insistence on giving opportunities to the products of the team and that is very admirable. It is very pleasant to see that players have come through and at the club and they are getting their opportunities.

However, when push comes to shove and a decision has to be made between proper quality and an academy graduate, will Solksjaer have the gut to make the call? Will he bend to his love and ‘over-attachment’ to Man United  or will he look at the bigger picture?

I have my doubts and some of these reservations have showed themselves in very small parts. 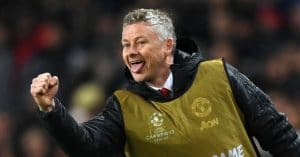 For instance, with Man United 2-1 down at home to Burnley, they started to use the route one approach of sending crosses into the area for headers. Meanwhile, the most obvious choice forward choice, Romelu Lukaku, had been substituted.

Granted, the Belgian number 9 was having a bad game and so, an exit was warranted but why pull him out if the change in strategy was to use the aerial route?

Again, in Man United’s 0-0 draw with Liverpool, Solksjaer thought that Jesse Lingard who had just returned from injury, was a wiser choice than Alexis Sanchez and so, he proceeded to bring on the player he used to coach at youth level and guess what happened?

He limped off injured after a few minutes. Then, Sanchez was brought on. A change had been wasted. Why? Loyalty? Attachment? Your guess is as good as mine. 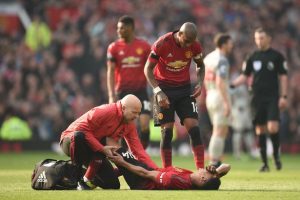 Marcus Rashford has lasted the entire length of games while others like Lukaku and Martial have been taken off.

Solksjaer, in defence of Rashford, has said that strikers need to stay on because subbing them breaks their confidence and you need to believe in them so they believe in themselves.

Great argument, Ole but what happened to making bold calls in order to remind players to give their all when they are given the chances to play?

I await an answer.

In my interactions with my friends, followers and fellow Man United supporters on Twitter, many have stated that Pep Guardiola had the same attachment to the Barcelona products in his time in Spain and he did that to the detriment of players like Yaya Toure.

That is a fair point to make but Pedro, Busquets, Xavi, Iniesta and Messi were playing at a level that belonged to another world.

I felt sad for Toure but his replacement, Busquets, was wonderful to watch and he got the job done.

So what should happen now?

He should not be given the job on a full-time basis. It is as simple as that but that dream of mine will not come to pass.

The reality is that Solksjaer will get the job eventually because he has earned it, to be honest and to be fair despite my issues with that potential appointment.

What I feel should happen, quite reluctantly I should add, is that Man United should provide him with a technical or sporting director to manage the recruitment process because the Norwegian does not have the pull that Guardiola, Klopp, Pochettino and Allegri have.

He may be doing a great job but he is still relatively new to this high level of coaching  and acquiring players and leaving him alone in the transfer market will be a disaster. If Moyes, Mourinho and Van Gaal could all get lost in buying players, Solksjaer will sink in a heartbeat.

In addition to this, he should not be given a long term deal. A rolling contract will make more sense as it ensures that he will constantly be reminded that he has to fight for the job he dearly loves.

If that does not motivate him to execute well, nothing will.

So, if not Ole then who? 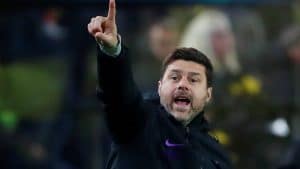 The mention of his name on my Twitter handle sent lots of my friends into fits of rage.

“He has not won anything”

“He cannot motivate them.”

All this time that Man United were going round in circles under Van Gaal and Mourinho, Spurs were busy making the top four and getting Champions League football all the time.

At a point, he was a lot of Man United fans’ favourite to replace Jose Mourinho. Why the sudden change of mind? Is it because Solksjaer is delivering? If Poch were on the wish list of many, then he must have some a quality that appealed to most Red Devils.

On the matter of choking and failing, how culpable is Pochettino? He takes some of the blame, surely, but could it not also be that the environment he is working in is not one suited to winning?

If he we were working in an environment where he was shown a huge transfer kitty, the hallowed trophies from the Treble of 1999, the clips of Man United lifting several Premier League titles, clips of the famous comebacks, Sir Alex Ferguson and Sir Bobby Robson speaking to him all the time, would he not be pushed to make it work for himself and for the club?

It took a Man United DVD to show Patrice Evra the value of playing for the Red Devils. Pochettino will need very little to get him going and Man United.

My concerns may be a tad too early. They may be coming from a point of panic. They may even be seen as very strange but they are very genuine concerns and time, either vindicates or shames.

I wait for my verdict.

But while we all wait for is, remember to catch the Premier League live on Citi 97.3 FM  every match day. You will not regret it.