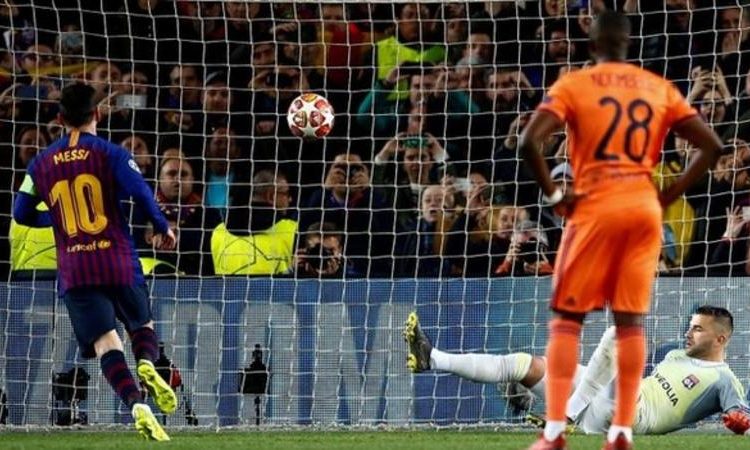 Lionel Messi scored twice and set up two more as Barcelona reached the Champions League quarter-finals for a record 12th consecutive year with a last-16 win over Lyon.

Treble-chasing Barca, who drew 0-0 in the first leg, led when Messi chipped home a penalty.

Messi clinched the game with a run and finish before assisting late strikes from Gerard Pique and Ousmane Dembele.

Barcelona will discover their quarter-final and potential semi-final opponents on Friday at 11:00 GMT.