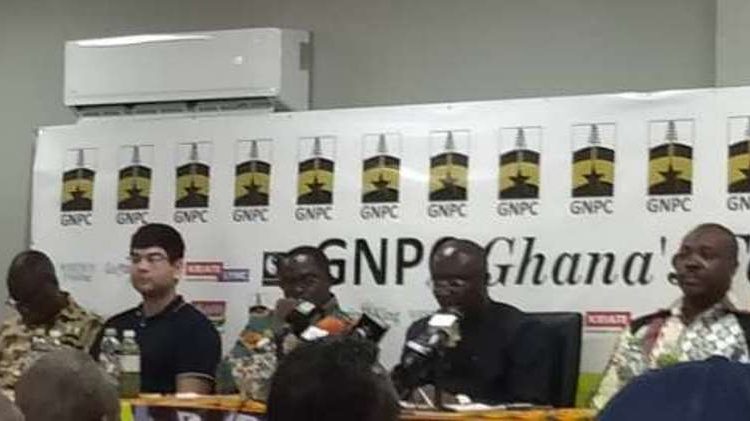 Vice President Dr Mahamudu Bawumia has challenged key stakeholders managing the country’s athletes to re-orient their minds from just participating in athletic championships to winning medals for the nation.

He said the prime focus should be to win medals that would bring glory and honour to Ghana, and not just pride themselves in having qualified to participate.

“Ghana cannot continue to participate in international games for the sake of participation but her presence must be felt to show our solidarity for the growth and development of global sports,” Dr Bawumia said.

He explained that the nation’s presence could be felt if she outlined pragmatic talent development policies and programmes that were consistent with international best practices to achieve the set goals.

Vice President Bawumia made the remarks in Accra on Friday when he launched the Sixth Edition of Ghana’s Fastest Human project to unearth talents, especially sprinters, capable to win medals for Ghana in the 2020 Tokyo Olympic Games in Japan.

The event attracted personalities such as Mr Isaac Kwame Asiamah, the Minister of Youth and Sports, Dr K. K. Sarpong, Chief Executive Officer of the Ghana National Petroleum Corporation, Mr Ben Nunoo Mensah, Chairperson of the Ghana Olympic Committee and Professor Peter Twumasi, Director-General of the National Sports Authority, as well as past and present athletic legends and corporate sponsors.

The project, initiated by the Ghana National Petroleum Corporation (GNPC), in collaboration with the Ghana Athletics Association and other key stakeholders, started in 2013 and will run for seven years.

Vice President Bawumia believed the project has the potential of restoring Ghana’s image in the world of athletics and unearth talents that could re-establish the nation’s rightful place among the comity of sporting nations.

He recalled the glorious days of Ghana’s athletics when legendary athletes like Ohene Karikari, Vida Afriyie, Mike Ahey, Stanley Allotey, Oko Addy, Joshua Owusu and Emmanuel Tuffour were household names in Africa and the Commonwealth and made the nation proud.

He said President Nana Akufo-Addo was a sportsman and an avid enthusiast of sports and assured that government would provide all the necessary support to ensure the success of the programme.

The Vice President suggested that on the seventh year of the progamme, an evaluation team should be constituted to evaluate its output so that useful lessons would be learnt going forward.

He observed that Ghanaians naturally had astronomical, physiological and motor qualities that were similar to that of Jamaicans because of the historic relations in ancestry.

He was optimistic that if the nation put in place the necessary measures to promote athletics, the country could perform marvellously in the sport again, especially in sprints.

“Ghana can even do better if we establish high performing training centres for sprints and other athletic events,” Vice President Bawumia said.

“That is why President Akufo-Addo is interested in Ghana’s Fastest Human project, which aims at restoring Ghana’s rightful place in athletics.”

The project, he said, should be championed by a dedicated team that would work coherently to achieve a common goal to bring glory and honour to the nation.

He noted that if scientific methods are applied in the selection and training of athletes, it takes about eight years of two Olympic circles to produce a world-class athlete capable of winning an Olympic medal.

Vice President Bawumia expressed the belief that the country could rely on the Ghana Athletic Association (GAA) to spearhead her ambition of winning medals.

He, therefore, charged the Association to put the national interest above personal interests, saying; “That is the only way we can achieve our goals”.

He tasked the members of the GAA to work as a team to restore the nation to her rightful place in the world of athletics.

Vice President Bawumia, therefore, applauded the corporate sponsors including the Ghana National Petroleum Corporation, Ndomie, and World Pool and Papers Gym for supporting a worthy cause.

Ghana has won the bid to host the 13th Edition of the All African Games in 2023, and Vice President Bawumia was of the belief that if adequate preparations were made, the nation could present a formidable team to win medals and bring glory and honour to the nation.

Mr Isaac Kwame Asiamah, the Minister of Youth and Sports, in an address, said government was using scientific approach by developing equipment and sports facilities for sports development.

It was, therefore, using Information and Communication Technology to monitor and keep track of athletes and specialists such as top-notch coaches, nutritionists, psychologists, and physiotherapists to improve the country’s sports.

Consequently, the Ministry had embarked on massive infrastructural development across the country so create sufficient space for young people to groom their talents, Mr Asiamah said.

The infrastructure, upon completion, would have facilities for more than 15 sports disciplines and undertake training programmes for coaches to identify young talents.

Efforts had also been made to ensure the facilities were maintained to serve both the present and future generations.