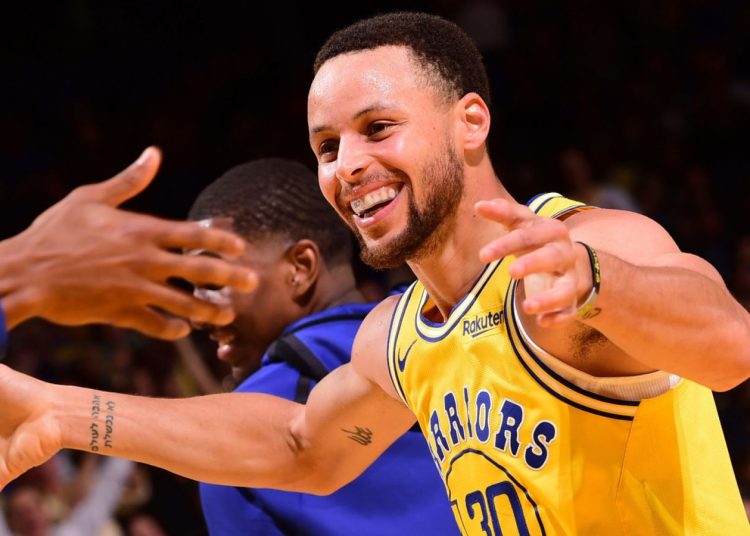 Each of Golden State’s five starters scored in double figures as the Warriors blew out the Indiana Pacers 112-89 on Thursday night in Oakland.

DeMarcus Cousins contributed six points to a third-quarter runaway in his return to the lineup as the defending NBA champions (49-22), who had lost three of their previous four at home, were able to retain a half-game lead over Denver (48-22) in their duel for best record in the Western Conference.

Meanwhile, the Pacers (44-29) saw their lead over Boston (43-29) trimmed to a half-game in their fight for the fourth seed in the East.

The Warriors used an 18-10 burst late in the second quarter to take a 53-43 half-time advantage before busting the game open early in the third.

Cousins had three hoops, Kevin Durant a three-pointer and Draymond Green a three-point play in an 11-0 flurry that doubled what had been an 11-point lead, vaulting the hosts into a commanding 70-48 lead just past the midpoint of the third period.

In winning for the fourth time in their last five games, the Warriors went up by as many as 28 before the end of the third quarter, then coasted home.

Cousins, who had missed the final two games of Golden State’s just completed four-game trip with a sore ankle, recorded a 19-point, 11-rebound double-double in 26 minutes of action.

Curry complemented his 15 points with a game-high seven assists. He made five of his 12 three-point shots, nearly single-handedly outscoring the Pacers (6-of-23) from beyond the arc.

Tyreke Evans had a game-high 20 points off the bench, and Thaddeus Young 18 for the Pacers. Aaron Holiday chipped in with 13 points and Doug McDermott 11 for Indiana.