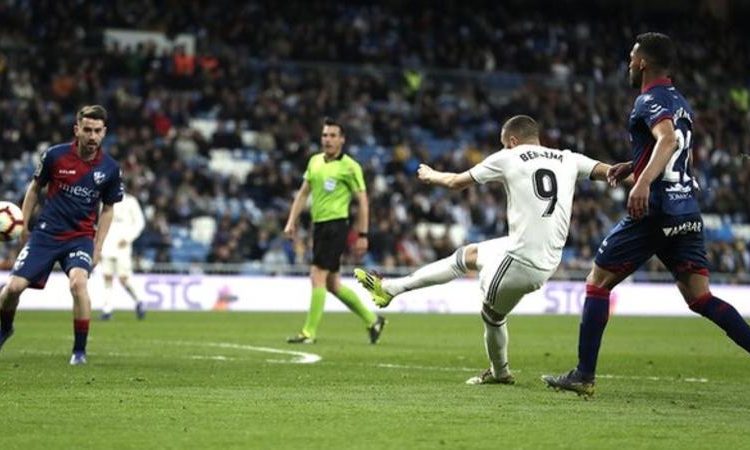 Karim Benzema scored a dramatic late winner as Real Madrid came from behind to beat bottom side Huesca in a La Liga thriller.

French striker Benzema curled in a stunning finish in the 89th minute.

Isco and Dani Ceballos responded for Real before Xabier Etxeita levelled for 2-2, but Huesca could not hold on.

Real have won both their games since Zidane was reappointed as manager on 11 March and with nine games remaining, they are third, 12 points behind league leaders Barcelona.

Huesca made a dream start through Hernandez and the visitors should have been 2-0 ahead, but Ezequiel Avila lashed over from a promising position.

Spaniard Isco and Welshman Gareth Bale fell out of favour under former boss Santiago Solari, but both made telling contributions to Sunday’s victory.

Isco tapped in the equaliser and it was Bale’s sublime outside-of-the-foot pass which was nodded down by Benzema for Ceballos to tuck home.

But Etxeita levelled for the visitors and it looked like home side were going to drop two points when ex-Tottenham winger Bale spurned an excellent opportunity from close range, but Benzema secured victory in style.