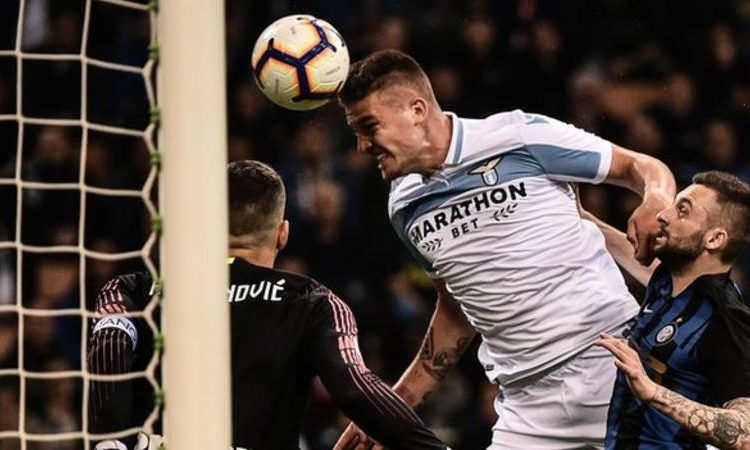 Sergej Milinkovic-Savic scored the only goal as Lazio moved up to fifth in Serie A with a narrow victory at third-placed Inter Milan.

Serbia international midfielder Milinkovic-Savic headed in from close range in the first half.

The visitors could have further stretched their lead but Inter goalkeeper Samir Handanovic denied both Bastos and Luis Alberto.

The Albanian goalkeeper also kept out midfielder Radja Nainggolan’s low strike in the second half.

Simone Inzaghi’s side have played a match fewer than the top four, playing their game in hand against Udinese on 17 April