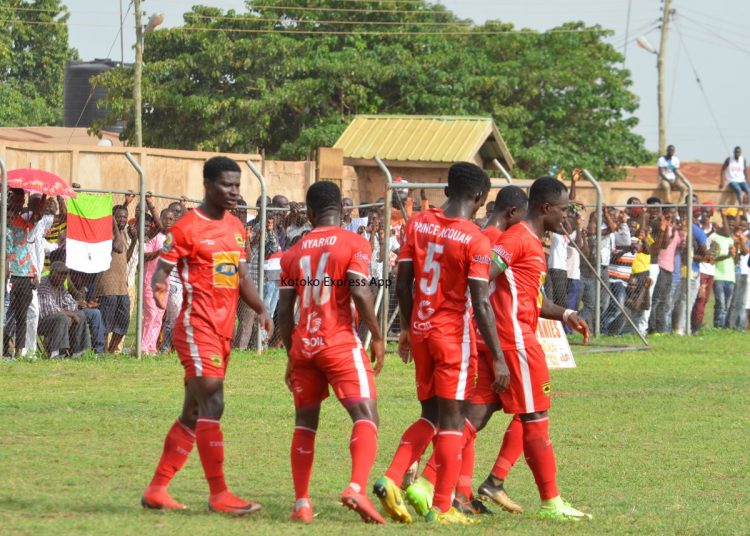 After losing to Medeama on Wednesday, Asante Kotoko got back to winning ways in the Normalisation Committee Special Competition after beating Techiman Eleven Wonders 3-0 on the road.

The Reds found the nest through Abdul Fatawu Safiu, Amos Frimpong and Evans Owusu to give them their second victory in the competition.

It was a contrast of emotions for Hearts of Oak as they lost their second straight game of the competition this time to Karela in the Western Region. Solomon Sarfo Taylor’s 42nd minute strike was enough to settle the tie and give Kim Grant some headaches very early into the competition.

At Dawu, Dreams FC got a 1-0 result against Dwarfs thanks to a penalty converted by Abdul Razak Cromwell and it was the same score in Bechem for Bechem United over Berekum Chelsea. Kofi Agbesima’s 87th minute strike was the difference on the day.

Liberty Professionals got another home win when they defeated Inter Allies 2-1. Elvis Kyei Baffour and Simon Zibo score for the Dansoman-based side and Effiong Nsungusi Jnr got the goal for Allies.

Two goalless draws ensued between Elmina Sharks at the Ndoum Stadium and WAFA and Aduana Stars and AshantiGold in Dormaa.