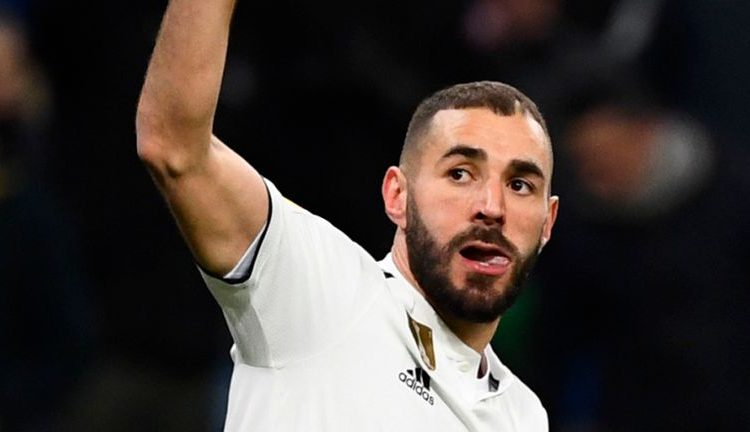 Karim Benzema helped himself to a hat-trick as Real Madrid finally threw off the shackles to beat Athletic Bilbao 3-0.

Zinedine Zidane’s men laboured through a first half of few chances before exploding into life within two minutes of the restart.

Benzema headed home Marco Asensio’s 47th-minute cross before converting a Luka Modric corner 14 minutes from time and then helping himself to a third in stoppage time as Bilbao wilted.

Real remain in third place in the table, four points adrift of city rivals Atletico Madrid and a full 13 shy of champions-elect Barcelona with all three sides still having five games to play.

Behind them, Getafe maintained their bid for a top-four finish with a comprehensive victory over Sevilla by the same score in a stormy encounter which saw both sides reduced to 10 men.

Jaime Mata’s 35th-minute penalty handed the home side a lead which Jorge Molina doubled from the spot deep into first-half stoppage time after full-back Sergio Escudero had been sent off for a second bookable offence.

Molina extended Getafe’s lead eight minutes after the restart, but the sides were evened up with 16 minutes remaining when defender Djene Dakonam was dismissed for a bad challenge on Jesus Navas.

Goncalo Guedes struck twice in four minutes either side of half-time to hand Valencia a 2-1 win at Real Betis.

Guedes fired home from outside the box in the final minutes of the first half and then repeated the feat four minutes after the restart.

However, Giovani Lo Celso gave Betis hope when he converted a penalty with 12 minutes left, and that hope increased, if ultimately in vain, when Valencia substitute Rodrigo Moreno was dismissed four minutes later.

Villarreal had to survive a tense conclusion as they edged further clear of the relegation zone with a 2-1 victory over Leganes.

Second-half goals from Carlos Bacca and Karl Toko Ekambi looked to have sealed the points, but Nabil El Zhar pulled one back from the penalty spot after Martin Braithwaite had been fouled by Alvaro Gonzalez to set nerves jangling once again.

Ruben Rochina was both hero and villain as 10-man Levante snatched a point to move two clear of the drop zone.

The home side trailed 1-0 and 2-1 to Espanyol with Marc Roca restoring the visitors’ lead with 65 minutes gone after Ruben Vezo had cancelled out Borja Iglesias’ first-half opener.

Rochina made it 2-2 with 18 minutes from time, but then picked up a second yellow card almost immediately to dash his side’s hopes of a late onslaught.