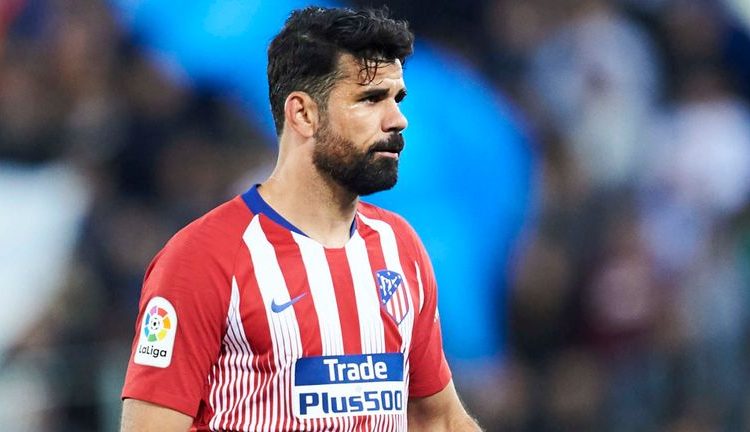 Atletico Madrid striker Diego Costa refused to train on Thursday after being told that his club will fine him for his verbal outburst in the recent defeat by Barcelona, Spanish newspapers reported.

An Atletico source confirmed to Reuters that the Spain international did not train, citing “personal reasons”. Costa’s representatives did not respond to a request for comment.

The 30-year-old has been banned for eight La Liga games by the Spanish Football Federation for verbally abusing referee Jesus Gil Manzano when he was sent off during the 2-0 loss at Barca on April 6, meaning he will play no part in the rest of the season.

The Spanish media said Costa had learned on Wednesday that he was to be fined by the club for the misdemeanour, and reacted to the news by refusing to train on Thursday, despite being fully fit.

Atletico’s general manager Clemente Villaverde criticised Costa after the Barca defeat, which effectively handed the Liga title to the Catalans.

He said the striker’s behaviour was “reprehensible and seriously damaged the club”, although coach Diego Simeone was more forgiving.

“Costa is an animal who can do things that make us suffer like what happened at the Nou Camp when he really needed him,” Simeone told Goal.com in an interview published on Thursday.

“But I don’t judge players for one incident, I evaluate them for everything and there are many more positive than negative things about Diego.”

Atletico, who are second in La Liga nine points adrift of Barcelona with six games left, visit Eibar on Saturday.