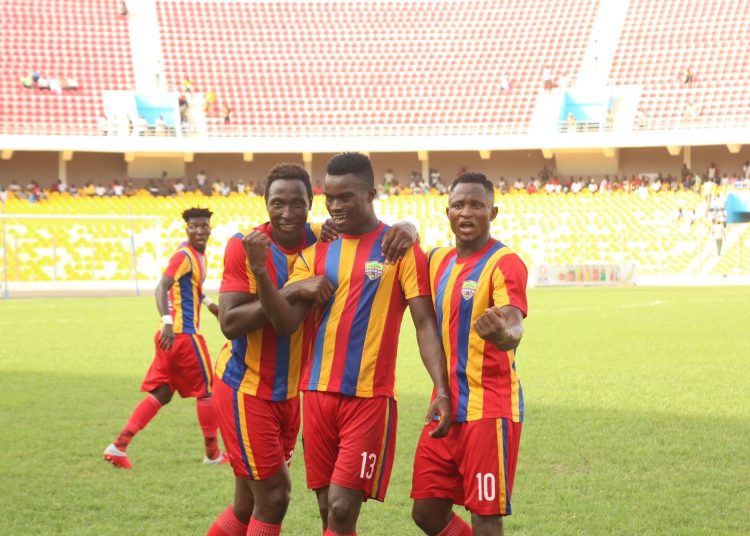 Hearts of Oak returned to winning ways in the final game of the first round of the GFA Special Competition with a less than impressive 2-0 win over struggling Inter Allies.

The win extended the Phobians’ 100% record at home to 3 games and sent them into the top 3 of the league table. The first half was a scrappy affair with chances coming few and far between.

The best chance of the half fell to Hearts winger Kojo Obeng Jnr, who missed a 1v1 after being played through on goal by Joseph Esso. Moments later, Obeng again squandered a good opportunity to play in Esso who found himself in acres of space in the Inter Allies penalty area.

Obeng’s disappointing performance came to an end two minutes to the break when he was replaced by Kofi Kordzi, as both teams went into the break with the score goalless.

The second half started with perhaps the turning point in the game, as Inter Allies goalkeeper Salifu Saed was sent off for handling the ball outside his area.

The goalkeeper misjudged a long ball into the Allies area, and flicked the ball out of the path of Hearts’ Kordzi who had an open goal to aim for.

Hearts made the advantage count when they scored through a corner kick seven minutes after the dismissal of Saed, as center back Robert Addo Sowah headed in through a Christopher Bonney corner. Hearts continued to dominate the game and were soon two goals up.

Forward Joseph Esso pounced on a defensive clearance, which caught the Inter Allies substitute goalkeeper out, and tapped into a empty net.

Hearts went on to close out the game and seal another three points, much to the delight of the fans.