The matches complete the first round of the NC Special Competition 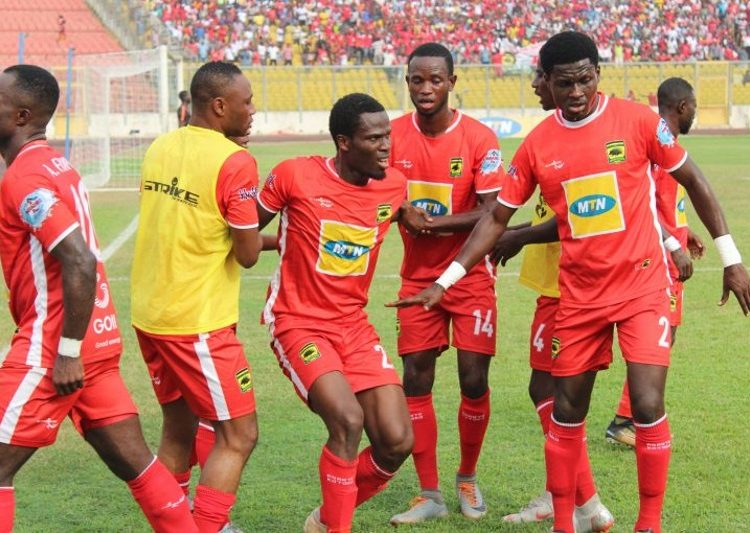 Hearts of Oak got a 2-0 win over Inter Allies at the Accra Sports Stadium with second half goals coming from Robert Addo Sowah who scored with a header and Joseph Esso. Esso found the net to seal a counter attack late in the game. Inter Allies goalkeeper Saeed Salifu was sent off in the second half for handling the ball outside the penalty area.

Asante Kotoko got the same score against Berekum Chelsea at the Baba Yara Stadium. Emmanuel Gyamfi and Abdul Fatawu Safui scored for the Reds as they got their first win over Berekum Chelsea since December 2017.

Emmanuel Osei Baffour was the hero for Karela as they beat Liberty Professionals 1-0 at Ayinase while Dwarfs pipped WAFA by a lone goal. Albert Gaisie got the winning goal for Dwarfs.

The Betway Derby between Aduana Stars and Medeama ended 1-1 in Dormaa. Bright Adjei scored for Aduana Stars while Kalibo Deby Toussaint was on target for Medeama.

Dreams FC and Elmina Sharks played out a goalless draw in Dawu and the same score reproduced itself in the match between Eleven Wonders and Bechem United.

In all, 7 matches were played, 8 goals were scored in 4 home wins and 3 draws.

On the Zone A table, Kotoko are in top spot on 13 points from their 7 matches played. Medeama, Aduana Stars and AshGold follow in that order.

In Zone B, Karela leads with 13 points with WAFA and Hearts tied on 12 points and Elmina Sharks on 11 points.