United is now at that juncture that all of the great football institutions have eventually come to, where they need a 'reset', a 'year zero'. But whether the club has the intelligence in place to move forward is another matter 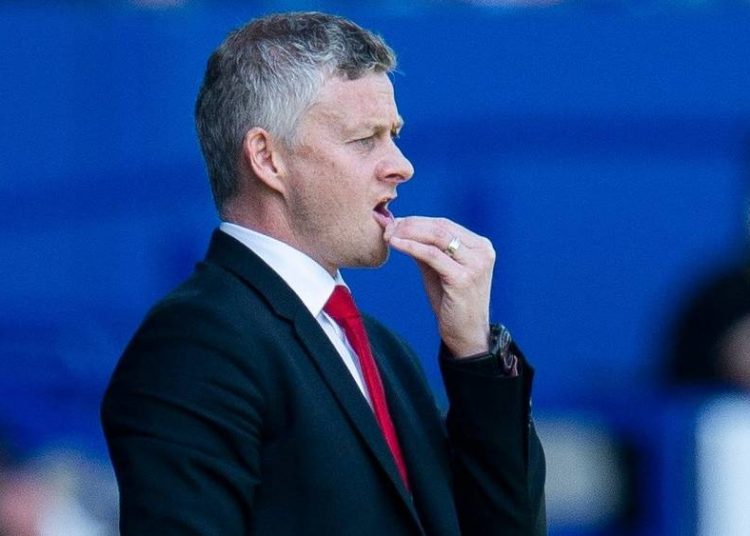 If the last few weeks have been a “reality check” for the Manchester United players, to use Ole Gunnar Solskjaer’s own words, the Norwegian had another way of putting it for executive vice-chairman Ed Woodward. Solskjaer has told his boss that the club are highly unlikely to be set for a title challenge next season, and that this could be a three-year rebuild.

This, then, is going to be difficult.

So much for the view, on 22 December, that “football is easy if you’ve got good players”.

“They are a great bunch of players and their quality is unbelievable,” Solskjaer said at the time.

That view has changed. Solskjaer now wants half the team to change. The reality is that almost everything about the modern United – bar how they accumulate money – must change.

The club is now at that juncture that all of the great football institutions have eventually come to, where they need a “reset”, a “year zero”. Barcelona have had it. Bayern Munich have had it. Spain have had it. Germany have it.

But they all also had some of the finest football minds to put in place sophisticated long-term plans that were based on a defined identity.

By far the most pertinent question at United now is whether they have anything close to the same football intelligence, or will even bring it in.

The evidence suggests not, and the very decision-making process in appointing Solskjaer is the most pronounced exhibit here.

This is not necessarily to write off the Norwegian. He may very well end up – as he proclaimed with typically Ferguson-like zeal on Sunday – “a success”.

The point is that it all remains a massive punt – based on emotion and gut feeling, that is unnecessary and unbecoming for a club of United’s size at this crucial stage in their history.

The momentum behind Solskjaer from those first three months was understandably persuasive. Everything was so much more positive than the toxicity of Jose Mourinho’s regime, and the place “felt like Manchester United again”. That is something always ultimately influenced by results, and results were in that time just too good. But thereby also too good to be true.

At that point, given the importance of the new managerial appointment in the context of three bad choices in a row, it required someone to stand back and take a cool and detached decision. The feeling remains that didn’t really happen.

Woodward is described by those who have worked with him as a hugely intelligent man in most areas, but far too guided by emotion when it comes to football. “He is obsessed with headlines,” one source said, “and the mood of the crowd.”

There is no greater example of this thinking than the game that is said to have been crucial in the decision to appoint Solskjaer: the 1-0 win away to Tottenham Hotspur.

It was, on the surface, a great day. United won away to one of the better teams in the league, and against the manager in Mauricio Pochettino who had been the main candidate for the job.

It was also the first game that illustrated the side’s form would be unsustainable, and that there were deeper issues. The truth was that United were battered in that game, and it was only freak luck and one of David De Gea’s freakishly good displays that prevented that being reflected in the scoreline. Had the goalkeeper been on his current form, that result could have been very different.

Anyone with any football intelligence would have greatly considered this about that match. Anyone with access to the most basic football analytics could have seen this was the basis for wider concerns, and the downturn we’re now seeing.

United instead made it the basis of a huge decision.

And it is just another decision that is either short term or populist, that gets easy headlines at the time, but makes less sense the deeper you delve. To go with this needless reluctance to wait on Solskjaer is the six-year contract handed to David Moyes – in a misplaced sop to “longevity” – and then the new contract for Mourinho, when it was clear there were bigger problems that were revealed by the refusal to back the Portuguese in the market.

So it is that one of the biggest clubs in the world has entrusted a crucial period to a manager whose only success in senior football has come in the league ranked 23rd in Europe according to Uefa coefficients, where the Norwegian Eliteserien stands just above the Kazakhstan and Azerbaijani domestic leagues.

There isn barely another major club in the world that would make such a decision, not even Real Madrid in one of their barmier periods. There is barely a Premier League club that would do it. Southampton’s appointment of Ralph Hassenhuttl is a more logic-based decision.

Again, Solskjaer may well end up a great, but it is just such an unnecessary risk.

Compare that to champions Manchester City, and what United are really up against, where the Catalan saying in the boardroom for any debate is “to put your head in the fringe”. The mantra is also that you never make a decision in the 24 hours after a result, because you’re too guided by emotion.

Then again, compare the entire football structure of United to City, or title challengers Liverpool.

The Anfield hierarchy gradually put in place what is now one of the most intelligent transfer departments in the world, as seen by how they got ahead of the game on players like Mohamed Salah, Andy Robertson, Roberto Firmino and Sadio Mane.

City meanwhile imported the brains behind “the Apple of football” in Barcelona. You really couldn’t have brought in better football intelligence, and a lot of it at that.

They worked out a long-term identity and put in place the foundations. They also went for the best managers they possibly could, who were on an upward curve.

Against that, United have a vague structure, where one prominent official was quoted as saying “identifying top signings is easy, as everyone knows who they are”. One source maintains Woodward would bring in most of England’s World Cup squad if he could, but purely due to that summer’s success rather than any more substantial thinking. For right-back, the executive vice-chairman is said to favour Kieran Trippier, whereas Solskjaer would like Aaron Wan-Bissaka.

Solskjaer may have been given the go-ahead for a clear-out but finding buyers or commensurate wage offers for players like Marcos Rojo and Matteo Darmian is going to be a lot more difficult. And that’s before you even get to the ludicrous contract given to Alexis Sanchez, which is causing such problems both in terms of wage structure and basic value. That is again a decision City just wouldn’t make, and refused to make, because they are keenly aware of the wider consequences.

United have for a long time been looking to bring in a technical staff to address much of this but and Mike Phelan’s name was mooted on Monday. Sources have since played that down.

That would be just as well. The 56-year-old is obviously an accomplished figure, who knows the club so well, but sources say his way of working is from Sir Alex Ferguson’s intuition and relationship-based approach that is now probably out of step with the modern game. Most of his work has also come as assistant manager, not a role like this.

Phelan’s appointment would mean that, to go with the fact the manager’s only success is in the Norwegian league, the technical director’s only experience of such a role would be in the Australian league.

And those who have worked with him at Central Coast Mariners aren’t exactly gushing in praise.

It would again represent an unnecessary risk for the two most important football roles at the club. United should be going for the brightest and best, at the forefront of the top level. Any candidate for such a crucial role should have to offer in-depth presentation on specific plans for the club and how they’re going to implement them.

You can by now see that Mourinho was correct about a lot of the decision-making at United, even if his very appointment was another illustration of why he was right. It was another surface-level decision, another mere response to the previous manager, rather than something fitting in to a wider identity.

Solskjaer is the same, a response to the last manager.

There is at least now an acknowledgement that this needs to be the start of something new, a new articulation of the club’s identity.

That needs to go very deep, though.

As one source quipped, “making the players wear club suits and taking away headphones is all well and good but that alone isn’t going to make us compete with City”.

There may well be more reality checks to come. There is a very big job to do.