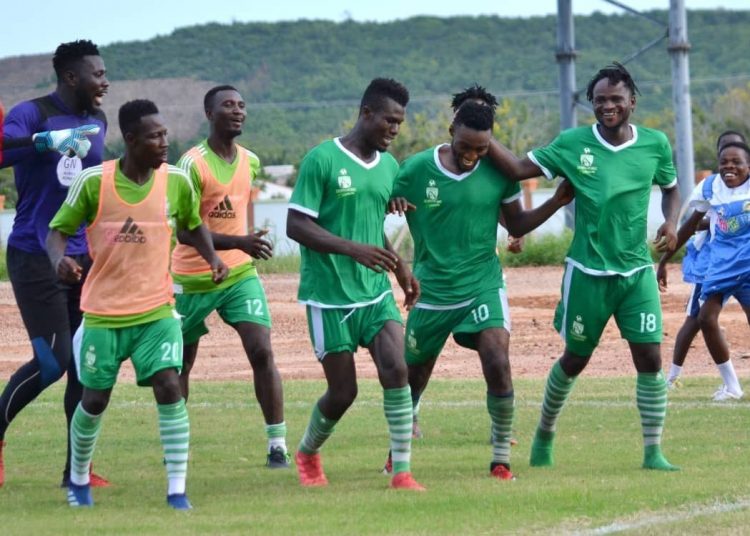 Mean defence: Elmina Sharks conceded no goals in the first round of the NC Special Competition

Coach Yaw Acheampong may not get a lot of the headlines but he surely knows how to get his team, Elmina Sharks, to be disciplined and the numbers from the first round of the NC Special Competition underline the hard work they are putting in.

Sharks conceded zero goals in the seven matches (home and away) they played in the first round despite facing the likes of Hearts of Oak and WAFA.

However, for all of Sharks’ defensive strengths, they won only 2 of their matches while drawing the other 5. 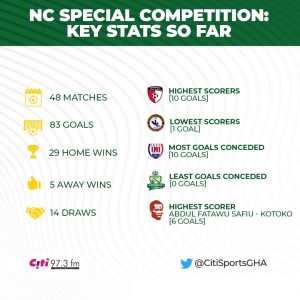 On the opposite of the defensive spectrum, Inter Allies have the poorest defence. They gave away 10 goals in their 7 matches. They won 1 drew 2 and lost 4. Three other teams also recorded 4 losses- Dwarfs, Eleven Wonders and Berekum Chelsea.

WAFA were the highest scoring team of the first round with 10 goals followed by Kotoko with 9 and Hearts of Oak and Liberty with 8 each.

In all 48 matches were played with 29 of them resulting in home wins. There were only 5 away wins and there were 14 draws.

“I’m happy at Kotoko, but I know I’ll not be here forever” – CK Akonnor

"I'm happy at Kotoko, but I know I'll not be here forever" - CK Akonnor