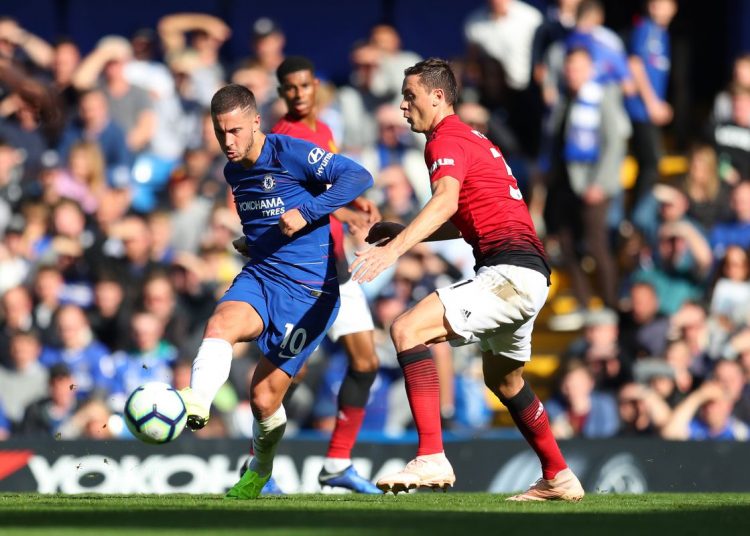 Manchester United host Chelsea on Sunday in a game that could go a long way in determining who finishes in the final Champions League place.

The match at Old Trafford is the main fixture of Citi FM‘s final Premier League Roadshow of the season at the Flip Bar in Osu.

The two sides have endured some patchy form in recent weeks with Man Utd on a disappointing two-game losing streak in the Premier League while Chelsea lost at Liverpool and dropped points at home to Burnley in their last game.

The stats show that this will be a much closer match than either team’s set of fans would like.

– Chelsea have lost on their last two trips to Old Trafford, conceding two goals to Man Utd in each of those games.

– Manchester United are favourite opponents for the Blues who have won more games against the Red Devils than any other team has managed against them in the Premier League.

– Chelsea have lost all four away games in matches against the other ‘big six teams’ this season.

– Manchester United have not won at home in matches against the other ‘big six teams’ this season.

– Chelsea midfielder N’Golo Kante has scored nine goals in in his four seasons with Leicester and Chelsea, and has only scored more than once against Man Utd.

–  Eden Hazard has been involved in 29 goals in the Premier League this season (16 goals, 13 assists), more than any other player.

– Manchester United’s Paul Pogba is the only player, who doesn’t play for either Manchester City or Liverpool to make it into the PFA team of the year.

– Anthony Martial is looking to become only the third Man Utd player to score home and away goals in the same season against Chelsea (after Wayne Rooney in 2011-12 and Eric Cantona in 1992-93) after scoring twice at Stamford Bridge.

–  Man Utd have failed to score in their last three matches and could go four games without a goal for the first time since 1992.

The Premier League on Citi FM is sponsored by Betway