Decision is based on violence before Chelsea v Kotoko 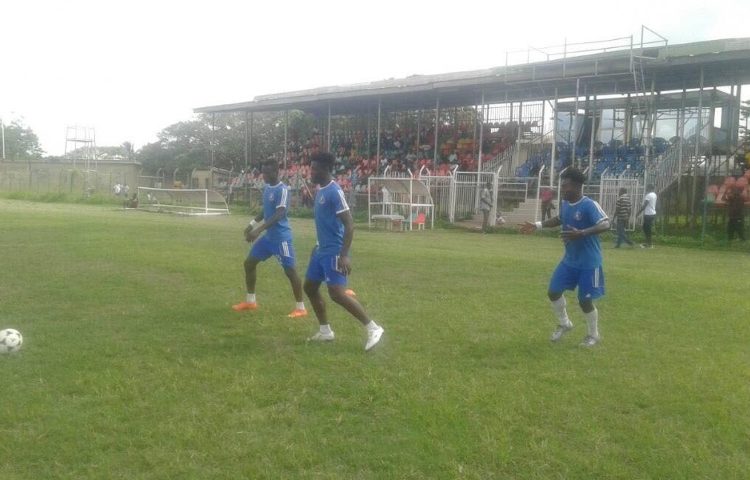 Berekum Chelsea will not be using the Golden City Park for a while after the ground was placed under a temporary ban by Normalisation Committee of the Ghana FA on Monday.

The decision was stated via a letter to Berekum Chelsea and it was signed by the FA’s Deputy General Secretary, Alex Asante.

The decision was taken after the match involving Berekum Chelsea and Asante Kotoko was marred by some violent incidents before the game.

The ban was served based on Article 15 (2) of the GFA General Regulations which looks at the closure of a league centre for security reasons.

A Kotoko official, Dr. Amo Sarpong, was said to have fired warning shots in the midst of some confusion between the two clubs. According to reports, fans of the home team attacked him after the shots were fired resulting in some injuries to his head.

Even though the ban has been handed to the Golden City Park, the case in its entirety will be heard by the FA’s Disciplinary Committee.

Below is the statement from the GFA Normalisation Committee: 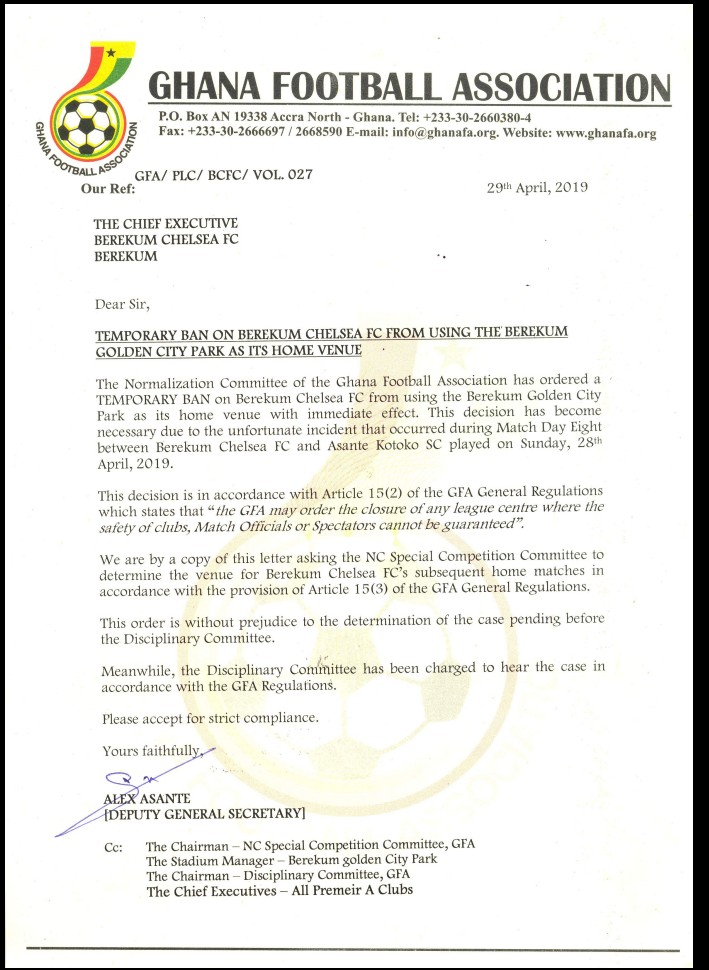 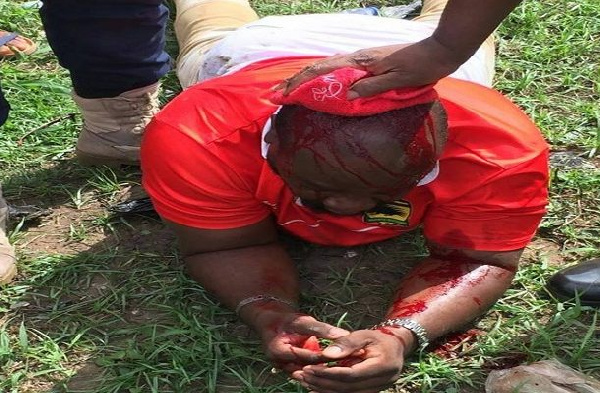