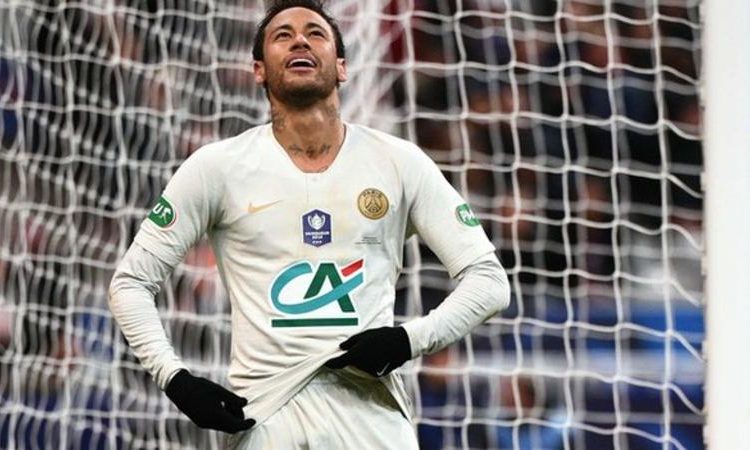 Paris St-Germain boss Thomas Tuchel has criticised Neymar over the Brazilian’s altercation with a fan after the club’s French Cup final defeat by Rennes.

After the game Neymar lashed out at a supporter who was filming the PSG players on his phone as they walked up to collect their medals.

“You can’t get into a fight with a spectator. You just can’t do that,” said Tuchel.

“It’s not easy to go up the steps after a defeat. It’s very difficult for me, for everybody – but we have to accept it. If we lose, we have to show respect.”

The defeat ended PSG’s four-year reign as holders of the French Cup and means that, while they have retained the French league title, they have won none of the cup competitions they entered this season, and lost to Manchester United in the last-16 stage of the Champions League.

In a separate post on Sunday, the 27-year-old forward said “nobody likes to lose, so I …” before failing to finish the sentence.

He added: “Anyone who knows me knows how competitive I am and how much defeat shakes me.

“But losing is part of an athlete’s life, makes us grow, makes us think, makes us better. Happy to be able to play again, to score again and feel good on the pitch, but the biggest feeling today is one of sadness.”

Neymar was making his first start since January, having returned from a serious foot injury in last week’s Ligue 1-clinching win over Monaco.

However, he is now waiting to see if France’s football authorities take any action.

On Friday, Neymar was given a three-match ban by Uefa for a foul-mouthed tirade at officials following PSG’s 3-0 home loss to United in the second leg of their last-16 tie.

It means he will miss three of the six Champions League group matches in 2019-20.