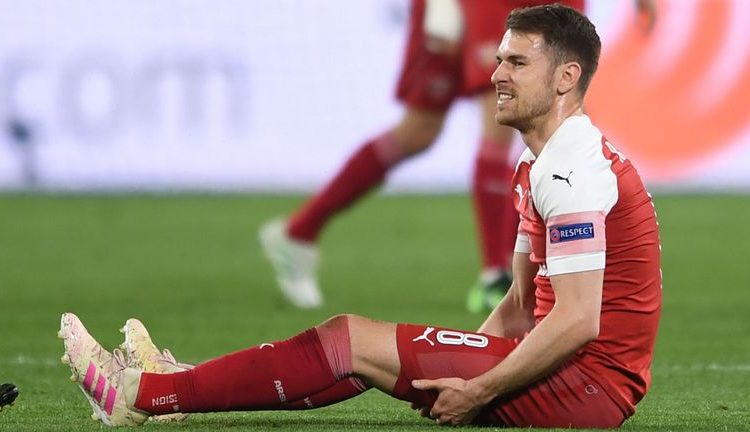 Aaron Ramsey’s Arsenal career is over after it emerged he will miss the rest of the season with a hamstring injury.

The midfielder was substituted after 34 minutes of the Gunners’ Europa League quarter-final second leg win at Napoli.

It was hoped Ramsey, 28, might feature before the end of the Premier League campaign or a potential Europa League final but he needs longer to recover.

He will leave Arsenal when his contract expires on 30 June and join Italian champions Juventus as a free agent.

The club issued an update on Ramsey’s injury on Wednesday, stating he will continue to “receive treatment and further assessment” and confirmed he will miss Thursday’s Europa League semi-final first leg against Valencia.

He moved to Arsenal in 2008 from Cardiff City and is currently the Gunners’ longest-serving player.

The Welshman was in talks over a new deal, but Arsenal withdrew the offer in September for football and financial reasons.

He has scored six goals in 40 appearances this season and 64 in 369 since moving to Emirates Stadium for £4.8m.

Liverpool will ‘suffer’ in Champions League semi against Barcelona – Klopp