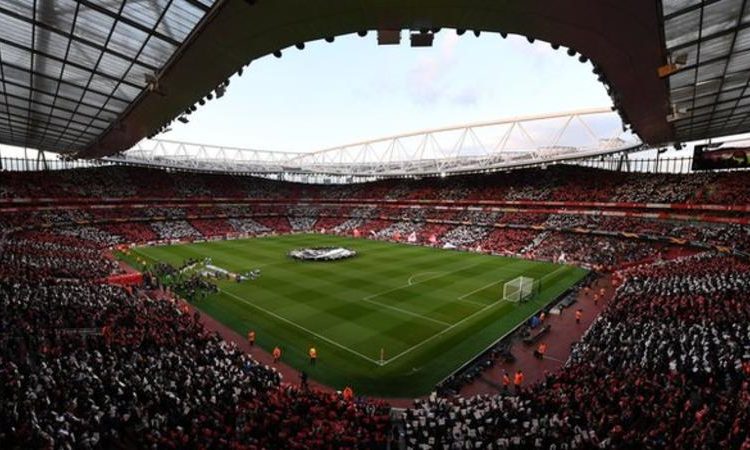 Arsenal say they “utterly condemn” the behaviour of a group of Valencia fans who appeared to make Nazi salutes and monkey gestures at Thursday’s Europa League semi-final at Emirates Stadium.

A video has emerged of the latest high profile incident of racism at domestic and international football this season.

Anti-discrimination charity Kick It Out said “these blatant racist gestures are shocking and inexcusable”.

Arsenal won the first-leg tie 3-1, with the reverse fixture in Spain on 9 May.

There have not been any arrests for the incident, but the Metropolitan Police said they “are aware” of the video and although no reports have been made, the footage is being reviewed.

“We utterly condemn such behaviour,” said an Arsenal spokesman. “It has no place in society or football. We are working with Valencia on this and continue to encourage fans to report incidents and to provide witness statements so effective action can be taken.”

Six Valencia fans were arrested during the game for foul and abusive language and alcohol-related issues.

Valencia said the “isolated gestures” by travelling fans “do not represent in any way Valencia fans”.

The Spanish side say they are working to indentify those responsible and have asked for help from other fans who were at the game, saying they will take “the corresponding disciplinary measures”.

The club also said that although the actions were “absolutely unjustifiable”, they would be investigating to see if there were any “possible provocations”.

Kick it Out said: “We hope the relevant authorities identify the perpetrators and take the strongest possible punishment.”