Godin joined Atletico in 2010 and won La Liga as well as two Europa League titles with the Primera Division side. 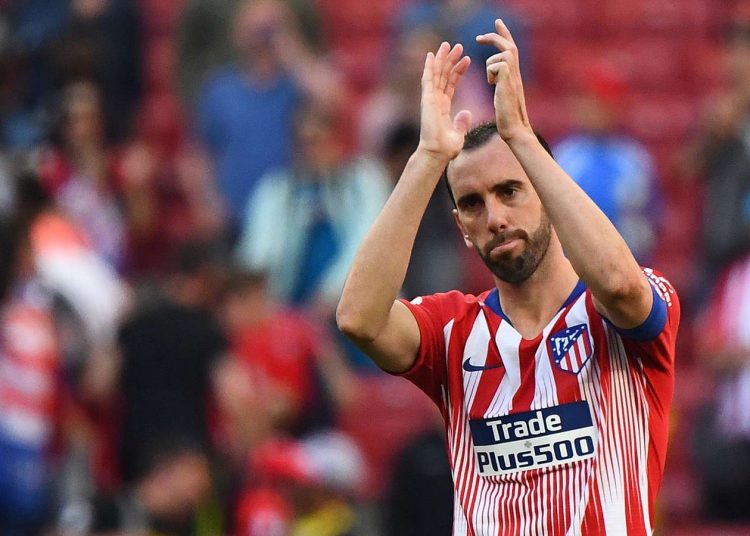 Diego Godin has confirmed he will leave Atletico Madrid at the end of the season.

The club captain was fighting back tears at press conference in the Spanish capital where he revealed his decision to call time on his tenure with Atleti.

Godin joined Atletico in 2010 and won La Liga as well as two Europa League titles with the Primera Division side.

Speculation now persists over his next club, but the Uruguayan did reveal he turned down the chance to join Manchester United one year ago.

“I’m more nervous than for any game, it’s the truth,” the defender said. He then began to fight back tears and continued: “These are going to be my last days at Atletico Madrid.

“Atleti have been my family, my club and my home, and it’s very hard to say goodbye. I had a wonderful time and I wanted to thank all of you.

“The most beautiful phase of my career and my life comes to an end. I’m proud to have been a part of this club’s history. I’m very thankful.

“I refused a Manchester United bid one year ago because I decided to stay at Atlético Madrid. Now – one year later – it’s time to go.”

Diego Simeone and the club’s entire first-team squad were present for the press conference along with Atletico chairman, Enrique Cerezo.

Asked why he has decided to leave now, Godin said: “To be simple, I am captain of the team, have been here many years. We have not reached an agreement to continue, so my stage here is over.

“I would like to play here until I’m 40, but that is impossible. For me, the first priority has always been the club, this team, my team-mates. We did not reach an agreement, so I have decided to leave, nothing else.

“As a kid I dreamed of playing football, playing for Uruguay, playing in Europe, be a big player, but never thought I’d be at a stadium like this with the people cheering your name. There is nothing nicer than that.”