The kit manufacturing company will launch its sponsorship deal on Thursday 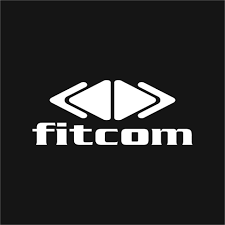 Share on FacebookShare on TwitterShare via Whatsapp
Kit manufacturing giants, Fitcom is expected to sign a four-year  kit sponsorship deal  and launch with some 62 local clubs in a ceremony in Accra on Thursday.
Brokered by Nana Yaw Amposah, founder and chairman of Division One side, Phar Rangers, the deal is expected to provide each club with a set of home kit, a set of away kit, two sets of training kit, a set of tracksuit, polo shirts and bags at no financial cost to the clubs.
Indications are that  beneficiary clubs are spread among  Premier League clubs, Division One League  sides, and the 16 women’s league clubs.
Officials of the Turkey-based outfit- Demirkaya Tunahan, General Manager of Fitcom and Ertemcoz Serdar, Fitcom Agent to Africa arrived in Accra on Monday and appear set for the contract signing ceremony.
Clubs which have accepted the offer and received samples of the kit include Eleven Wonders, Bechem United, Karela FC, New Edubiase, B.A. United, Nea Salamina, Achiken FC, King Faisal, Nkoranza Warriors, Sporting Mirren and Nania FC.
“A deal has been agreed for them to sponsor 62 Ghanaian clubs, including some Premier League, Division One and all women’s premiership clubs. Over 25 clubs have received samples already and confirmed interest, with about 35 others shown interest,” Nana Yaw Amponsah said.
“Noted for kit brands such as Jako and Kappa, and for a number of teams playing in the German, Italian and Turkish top leagues,  Fitcom has no real foothold in Africa, hence the initiative.
“I managed to convince them to brand Ghana clubs as a gateway to entering the African market. I believe in branding and packaging our teams as I have on numerous occasions reiterated, and this is one step in helping all teams to brand themselves properly.”
Nana Amponsah has wooed Ghana football with his marketing attributes, and the kit sponsorship may further enhance his reputation and credibility among his peers in the local football community.
All being equal, the sponsorship is expected to start from the 2019/20 league season.
Share11TweetSend
Previous Post