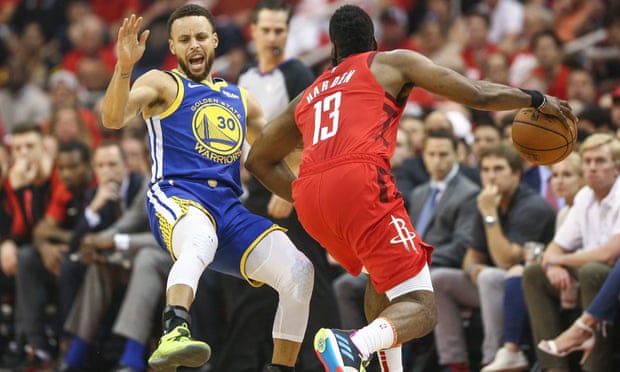 James Harden scored 38 points and the Houston Rockets held on for a 112-108 win over the Golden State Warriors on Monday night to even their Western Conference semi-final series at 2-2.

The Rockets were up by nine before the Golden State scored the next seven points, capped by a three from Stephen Curry, to get within 110-108 with 19 seconds left.

After losing the first two games of the series on the road, the Rockets head back to Golden State for Game 5 on Wednesday night with momentum on their side after their overtime win in Game 3 before Monday night’s victory.

The Warriors got 34 points from Kevin Durant, who had 46 in the Game 3 loss. Curry, who was criticized after shooting seven for 23 in Game 3, got off to a good start, scoring 11 points in the first quarter. He cooled off after that, but finished with 30 points on 12 of 25 shooting.