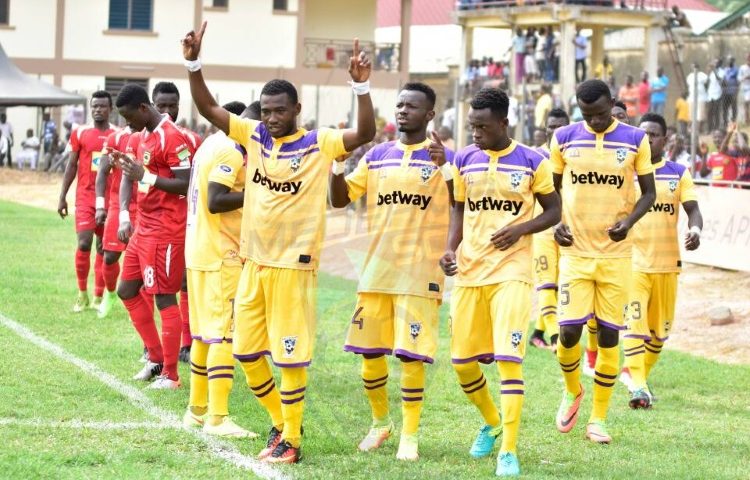 Accra Hearts of Oak and Asante Kotoko both dropped vital points at home, with WAFA getting a much needed win after Sunday’s humiliation in Accra. Hearts’ three game winning run was brought to an end after their goalless draw with Liberty.

Hearts, who played most of the game with a man advantage after Liberty‘s Michael Enu was sent off late in the first half, were left disappointed as they failed to covert any of their numerous chances, including a missed first half penalty from Joseph Esso and a guilt edged open pole miss from Kofi Kordzi late in the game.

In Elmina, Sharks were held to a goalless draw by regional rivals Ebusua Dwarfs. WAFA returned to winning ways against Dreams FC after last Sunday’s 4-0 hammering by Hearts. Haruna Jamal bagged a brace and Augustine Boakye added another, with Ibrahim Issah getting a consolation for Dreams.

In Tema, Abdul Nassiru Hamza’s 80th minute goal rescued a point for Inter Allies against Karela United, after Diawisie Taylor’s brace look to be giving Karela the lead after Samuel Armah had scored the opener for Allies.

Agyenim Boateng was the hero for Medeama, as his lone goal proved to be the winner in his side’s clash against AshGold.

In Kumasi, Adbul Fatawu Safiu’s freekick cancelled out Prince Kwabena Adu opener for Bechem United, as Kotoko were held to a 1-1 draw at the Baba Yara Stadium.

Zakaria Fuseini scored a 90th minute equalizer for Berekum Chelsea to deny Eleven Wonders all three points, after  Alex Asamoah had opened the scoring midway through  the second half. 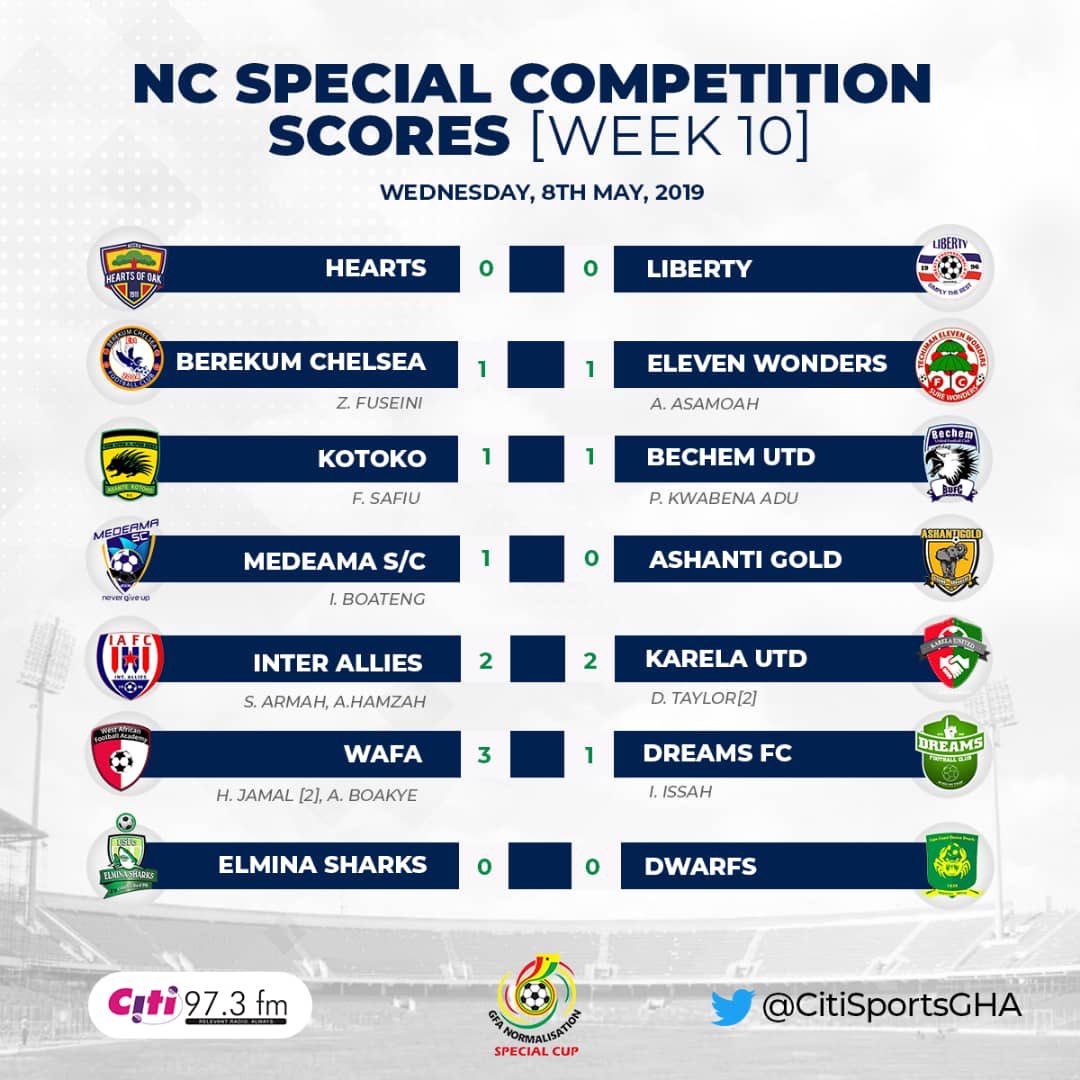 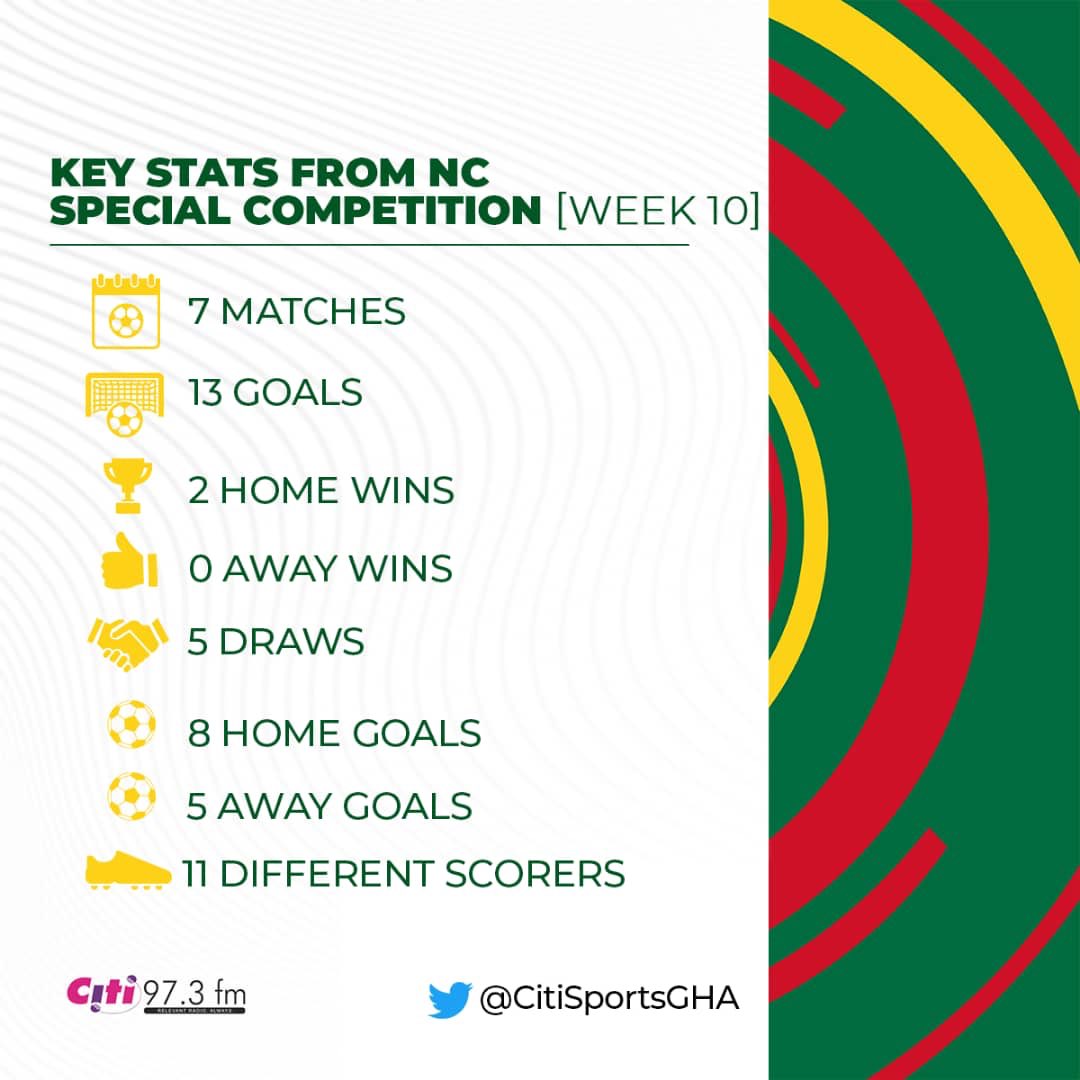