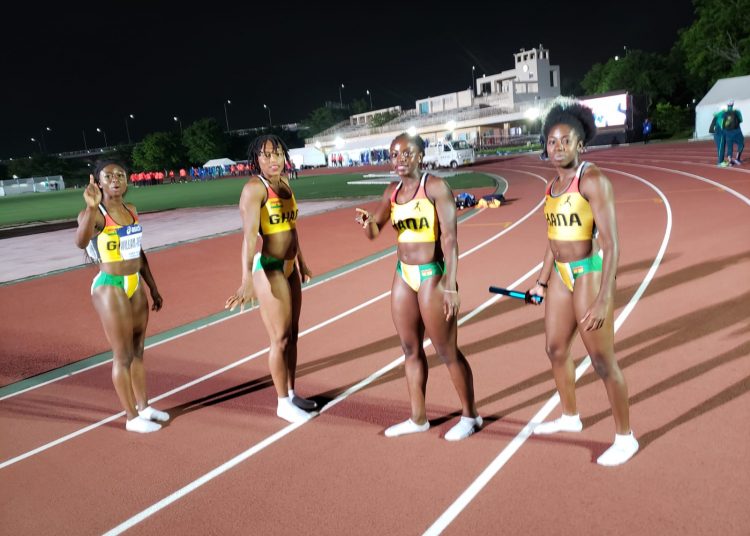 Ghana’s female 4×100 relay team came 7th in the finals of their event in the ongoing World Relay Championships in Yokohama, Japan on Sunday.

The team had Flings Owusu-Agyapong, Gemma Acheampong, Persis William-Mensah and Hor Halutie running in that order in lane 9.

Despite a clean start from Owusu-Agyapong, the pace of the rest of the teams got too strong for Team Ghana and so, despite the smooth change of batons among the athletes, the team could not compete effectively against the faster opponents.

The race was won by the United States quartet of Mikia Brisco, Ashley Henderson, Dezerea Bryant and Aleia Hobbs in a time of 43.27 seconds. Jamaica came second and Germany was 3rd.

Ghana was the only African nation to make it to the finals.