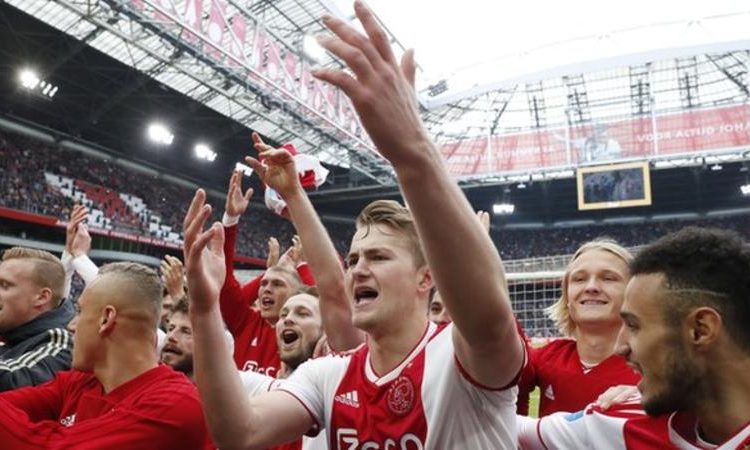 Ajax all but secured a 26th Eredivisie title after coming from behind to defeat Utrecht.

Othman Boussaid gave the visitors a shock lead after just 36 seconds but goals from Klaas-Jan Huntelaar and Donny van de Beek put the home side in front.

Dusan Tadic made it 3-1 before doubling his tally from the penalty spot.

The result lifts Ajax three points clear of PSV – whose goal difference is 14 lower – with one game to play.

The Eindhoven club’s title hopes are effectively over after losing 1-0 at fourth-placed AZ Alkmaar.

Guus Til scored the only goal at the AFAS Stadium to clinch Alkmaar’s place in next season’s Europa League qualifying rounds.